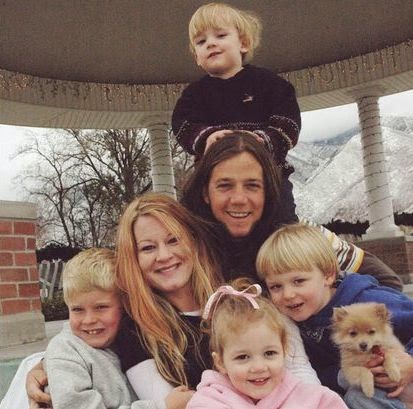 A couple and three of their children were found dead at home after taking a cocktail of drugs in a tragic 'murder-suicide' - to escape "the evil in the world".

On Tuesday police said they often discussed religiously-held notions of the apocalypse &orchestrated a multi-drug suicide using methadone and other medication.

"It was a fairly common theme for the parents to talk about, the apocalypse, the end of days, final judgment. Their surviving son, when he was interviewed, indicated that his mother had made comments that if things got bad enough she would much rather take herself and her family out in a comfortable way, rather than a painful way."

The information was released at a press conference yesterday Tuesday Jan. 27th that covered information from a medical examiner and broader information about the case, Turnbow said.

The parents deaths were ruled suicides. The children ages 11 and 12 were ruled homicides, and the 14-year-old son had a note in which he was aware of his "possible impending doom," Turnbow said.

The father had heroin in his body and the others had methadone and over-the-counter medication, Turnbow said, citing coroner's findings. There was no sign of a struggle.

Speaking on Tuesday, Springville Police Chief J. Scott Finlayson indicated that people who knew the family were worried about "evil in the world".

Relatives told investigators that the family had spoke about "leaving" this world to escape "impending doom" leading up to their deaths.

But they thought it meant they would be moving to a sparsely populated area and living "off the grid", KSL News reported.
The family all died of a lethal cocktail of drugs, which had been prescribed to Kristi, local media claim.

Investigators believe the children all drank from a small bucket that contained the lethal cocktail which first put them asleep before killing them.

Kristi died of a combination of drugs and her husband Benjamin died from toxic levels of heroin, according to a report from the Utah State Medical Examiner's Office.
Chief J. Scott Finlayson conceded: "There are some questions we can't answer and may never be able to answer.

"There is no evidence any of the family members were forced to take lethal doses of any drug combinations, nor was there any evidence they took the drugs willingly."

It is unknown whether the youngest children knew what they were drinking but police said there were no signs of struggle.

Culled from Mirror UK
Posted by GISTS at 16:32