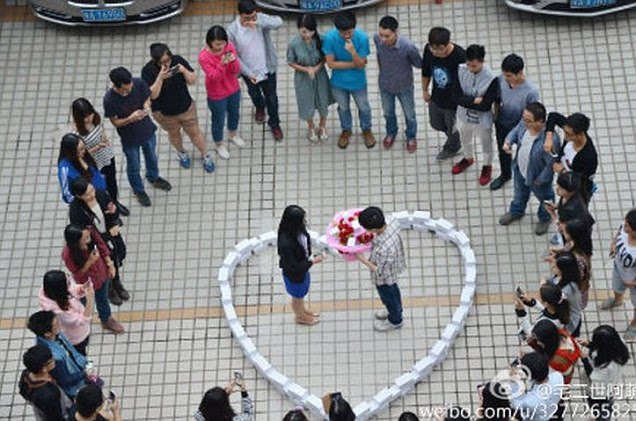 The unnamed man from Guangzhou, in Guangdong province, south China, spent £55,000 on Apple's latest mobile phone to win over his woman for life. However, despite laying out the 99 iPhones boxes in a heart shape, the man was turned down. Photos of the stand-off between the smitten man and uninterested woman went viral on Weibo, a Chinese microblogging site.

Dailym
Posted by GISTS at 06:43 No comments: 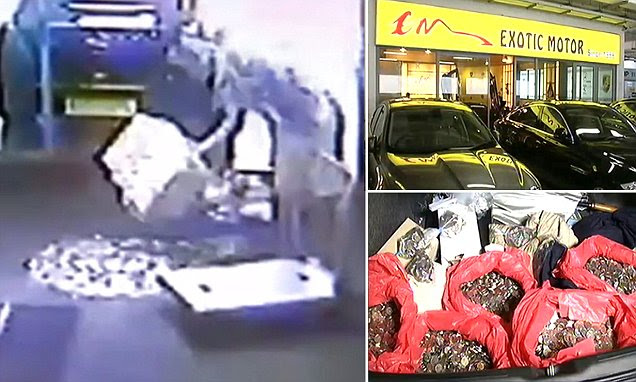 Simpsons creator who is giving away his $100million fortune 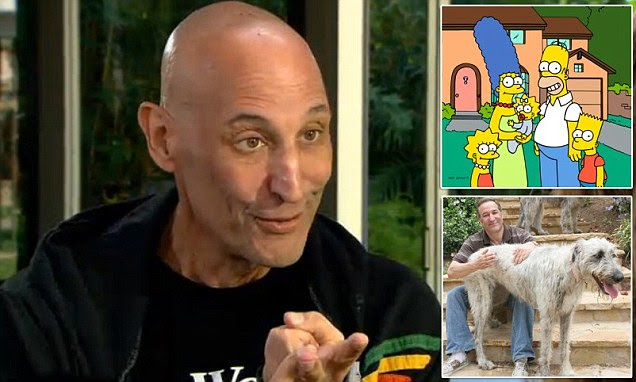 Simpsons co-creator Sam Simon, pictured center on Monday and in healthier times left and right, has described his terminal colon cancer the 'most amazing experience of my life', as he is surrounded by his loved ones and now donating his $100 million fortune to his passion - animal rights. Given three months to live in 2012, Simon immediately decided to team up with People for the Ethical Treatment of Animals (PETA) president Ingrid Newkirk, and dedicate his time to paying for the rescue of maltreated animals, conservation and returning them to the wild. 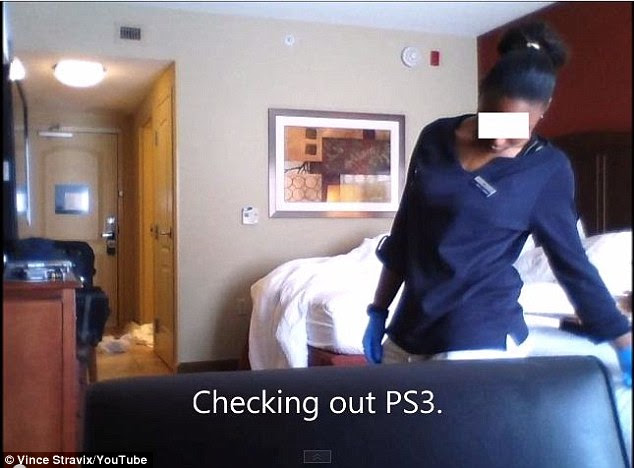 This secretly-taped footage may make you more eager to use that hotel safe while on vacation.
One holidaymaker decided to leave his laptop camera recording after he left his room at an unidentified U.S. hotel which he described as 'brand-named'.
The video later revealed a housekeeper rifling through the guest's suitcase and trying to access his laptop computer.
Read more »
Posted by GISTS at 06:28 No comments: