The true extent of the chaos expected if gardaí carry out strike action next Friday has been revealed.
Industry insiders have described how airports, ports and courts are braced for disruption, how taxi drivers and retailers fear they will be 'sitting ducks' for criminals and how the could be potential 'carnage' on the country's roads.
The Department of Justice is holding discussions with airport and port authorities on contingency plans for keeping routes in and out of the country open when gardaí go on strike.
Courts are also likely to face considerable disruption next Friday. 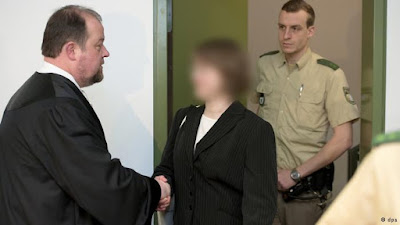 A midwife has been jailed after being found guilty of seven counts of attempting to murder women who were due to deliver their babies by cesarean section. Regina K. administered blood thinners before surgery.
The 35-year-old midwife received a 15-year jail sentence by the Munich regional court, on seven counts of the attempted murder of patients. She was also banned from ever practicing as a midwife again.
Read more »
Posted by GISTS at 06:54 No comments: