Transgender moved from women's jail 'because he kept having sex with other inmates!!!!! 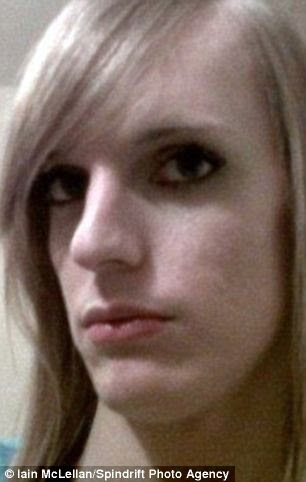 Pre-op: Paris Green, who was born Peter Laing, has been moved from Scotland's only women's prison after he allegedly had sex with fellow inmates
A pre-op transsexual locked up in a women's jail for a savage torture-killing has been moved to a different prison after claims he was having sex with female inmates.
Murderer Paris Green, 22, who was previously known as Peter Laing, was allowed to serve his 18-year sentence in Cornton Vale women’s prison, in Stirling, because he says he is transgendered.
But today it emerged he has been moved amid suspicions that he was involved in casual-sex relationships with other convicts there.
Green was sent to the prison only five weeks ago after he was found guilty, alongside Kevin McDonagh, 23, and Dean Smith, 20, of the murder of Robert Shankland in March this year.
The trio had invited Mr Shankland, 45, to a party in Green's flat in the central Scotland town of Glenrothes. There he was tied up, beaten and tortured for hours before finally being murdered.
Despite a campaign by Mr Shankland's parents, Mary and Ian Bell, Green was told he could serve his sentence in a women's prison prior to taxpayer-funded gender realignment surgery.
Now after his dalliances with fellow convicts at Cornton Vale, he is to be kept in the women's section of Edinburgh's Saughton jail.
Mrs Bell, 69, said yesterday: 'It doesn't make any difference where he is to me. He's in the women's bit of the jail and he's still a man.
'There's no point in campaigning because it's not going to get us anywhere. There's not much we can do now.'

The T-shirt that's IMPOSSIBLE to stain

If you're clumsy and constantly spilling food down yourself, or just lazy and don't like washing your clothes, a student has invented the answer to your problems - a T-shirt that is impossible to stain
Read more »
Posted by GISTS at 21:48 No comments:

Taking a trip for the holidays? Travelers are being warned today not to put valuable items in their luggage after newly-released surveillance tapes show baggage handlers stealing from suitcases.
The footage was released by Port Authority in New York after Israel's El Al Airlines last summer received complaints from passengers that belongings were disappearing from luggage.
Secret cameras were installed in planes only to discover that staff were methodically rifling through bags and removing watches, cash, iPhones and jewellery.
Read more »
Posted by GISTS at 21:45 No comments:

In the 11-page letter dated December 16, 2013 exclusively obtained by Vanguard, Iyabo accused her father of orchestrating a third term for himself as president, cruelty to family members, abandonment of children and grandchildren, and also, a legendary reputation of maltreatment of women.
Read more »
Posted by GISTS at 21:20 No comments:

The new Miss France, Flora Coquerel (pictured center), has received a flurry of racist comments ever since she won the coveted pageant, Finnbay reports.
Read more »
Posted by GISTS at 14:23 No comments:

The Real Armed Robbers of Nigeria By Rudolf Ogoo Okonkwo 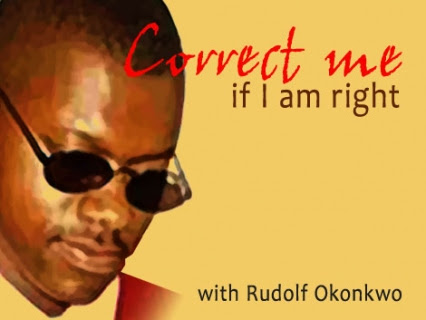 Columnist:
Correct Me If I Am Right By Rudolf Okonkwo
Before the chairman of the Economic and Financial Crimes Commission (EFCC), Ibrahim Lamorde, announced two weeks ago that an estimated $129 billion (N20.6 trillion) has been illegally transferred out of Nigeria in the last 10 years, I had been cranking some numbers about Nigeria’s economy. The EFCC estimated that just between 2009 and 2013, over $25.4 billion was siphoned out of Nigeria via the borders by way of physical movement of cash and financial instruments.

Jacoby Kindred, 61, pastor with Minnesota’s One Accord Ministries, is accused of raping the daughters of his son’s girlfriend beginning when they were only six- and eight- years old.
Read more »
Posted by GISTS at 02:01 No comments:

Remember Adaobi Michaella Obih who was found dead on Tuesday Nov. 19,2013 in her apartment at Riverstone Apartments in Columbus, Indiana, USA,

The family had a thanks giving service at St. Agnes, Maryland. Lagos.
on Sunday December 15,2013 and the whole church stood in support of the family.The family stands on the bible verse which says "in everything, we should give thanks". It was very touching as her parents thanked everyone who stood by them

Adaobi will not be coming home for Christmas as planned and she ail not be calling her parents or anyone else again to wish them a merry xmas.
I pray that justice is served to the sick idiot who took her life and i pray he never knows joy or peace of mind again…anyone who prevents justice from taking its cause will be served the same…AMEN

Adaobi was the first of two children and was already pursuing her PHD in Electrical Engineering at just 26 years old.
Rest in the perfect peace of the Lord Adaobi.
CULLED