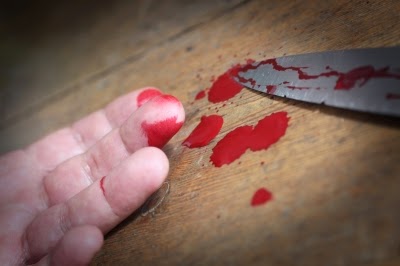 Three people including the paternal grandmother have been arrested by the Niger State police command for slaughtering a 9-year-old boy and using the body to prepare pepper soup delicacy.

Commissioner of Police, Niger State Command, Mr. Olusola Amore, told newsmen that the family of the late boy had reported Liman Doo Mohammed’s mysterious disappearance to the police on the 9th of last month.

However, another report hinted the police that they should beam their search light on the paternal grandmother of the deceased, because he was last seen in her company.

He said based on this vital information, detectives were put on red alert to closely monitor the grandmother called Fatima Sarki’s movement.

Also arrested with her were other relations suspected to be her collaborators.

Amore said on interrogation, the grandmother confessed to have been involved in the dastardly act and mentioned one Zhitsu Aliyu whom she said actually slaughtered the boy.

Another accomplice mentioned was one Amina Musa, who was accused of helping to cook the boy’s remains.

All the suspects have been charged to court on a three count charge of criminal conspiracy, culpable homicide and cannibalism.

According to the Commissioner, ”The pots and plates the suspects used in cooking and serving themselves with the said cooked human flesh were recovered and are now exhibits.”