Girl Gets Third Boobs To Become A Celebrity!!!!!!! 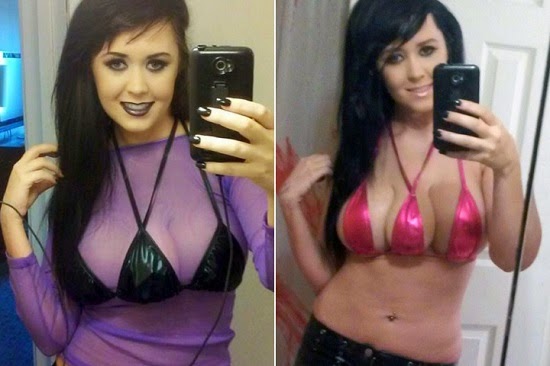 21-year old, Jasmine Tridevil says she spent $20,000 on a surgery to get a third breast, and says her dream is to become a celebrity. The Florida massage therapist, says she had the surgery a few months ago, after she contacted over 50 doctors with none of them willing to do it, before she eventually met one who agreed.

Tridevil said her extra breast felt like her other breasts; the only difference is the nipple, which she had to get tattooed on. The 21-year-old saved up for two years so she could have the surgery, and is also paying for a film crew to follow her around.

“My whole dream is to get this show on MTV,” she said. “I’m dumping every penny I have into this. If this doesn’t work, I’m through.”

Tridevil said that while she wanted fame and fortune, this was not why she had the surgery. “I got it because I wanted to make myself unattractive to men. Because I don’t want to date anymore,” she said.