A Saudi prince who murdered a fellow Saudi may be executed, a newspaper reported on Sunday, in a rare example of a member of the kingdom's ruling family facing the death penalty.
The English-language Arab News did not name the prince or his victim, but said a senior member of the family and government, Crown Prince Salman, had ‘cleared the way for the possible execution of a prince convicted of murdering a Saudi citizen’.

In a message about the case to Interior Minister Prince Mohammed bin Nayef, Prince Salman said: ‘Sharia (Islamic law) shall be applied to all without exception’, the daily reported.
Scroll down for video 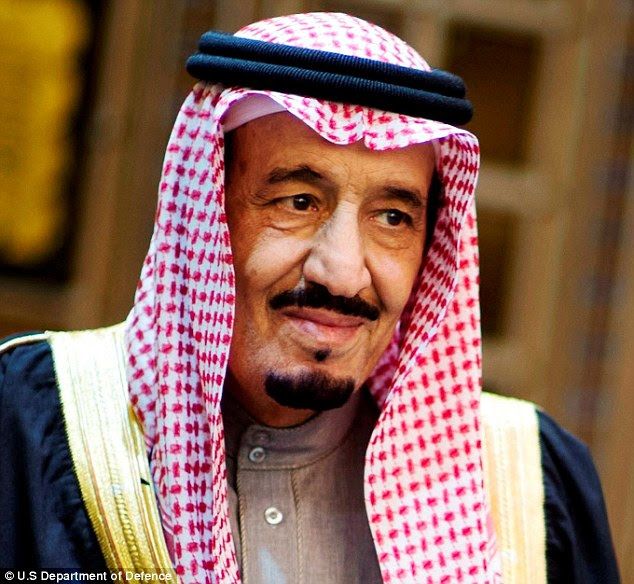 Ruling: Crown Prince Salman has said that no one is immune from Sharia law

Prince Salman's message followed a statement from the victim's father that he was not ready to pardon the killer and he was not happy with the amount offered as blood money.

The families of murder victims are encouraged by authorities to accept blood money instead of insisting on execution.
Prince Salaman says a Saudi prince convicted of murder may be... 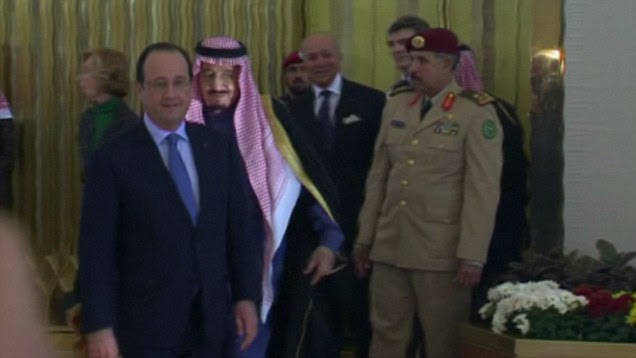 The paper quoted Crown Prince Salman's message as saying: ‘There is no difference between big and small, rich and poor ... Nobody is allowed to interfere with the judiciary's decision. This is the tradition of this state. We are committed to following the sharia.’ 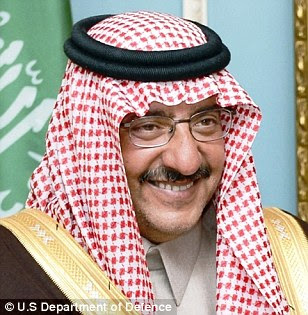 Interior Minister Prince Mohammed bin Nayef was told to clear the way for an execution of the royal
An Interior Ministry spokesman was approached by Reuters for a comment, but no one was available at the time of writing.
The Arab News is part of a media group chaired by a son of Crown Prince Salman, who is also deputy prime minister and minister of defence.
The kingdom, which follows a strict version of sharia has been criticised in the West for its high number of executions, inconsistencies in the application of the law, and its use of public beheading to carry out death sentences.
Saudi Arabia had executed at least 47 people as of May 2013, according to Amnesty International's website, compared to 82 in all of 2011 and a similar number in 2012.
Members of the ruling family are only rarely known to be executed. One of the most prominent cases was Faisal bin Musaid al Saud, who assassinated his uncle, King Faisal, in 1975.
The family is estimated to number several thousand. While members receive monthly stipends, and the most senior princes command great wealth and political power, only a few in the family hold nationally important government posts.

SOURCE-DAILYM
Posted by GISTS at 06:32