Devastated parents of an Irishman who died after a 'random punch' in an Australian nightspot were able to speak to him one last time before he died.


'Happy go lucky' Thomas Keaney, 23, was attacked while waiting for a Perth taxi after going out to the country to 'make a few pounds.'
He was able to call his shocked parents Tommy and Ann after regaining consciousness in hospital last week. 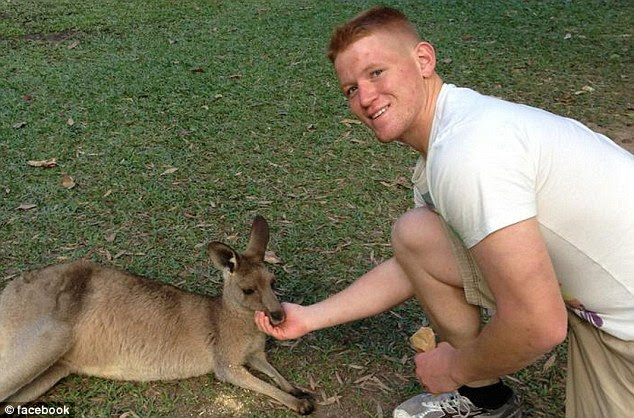 Thomas Keaney died after he was attacked on a night out in Perth, Australia
But Australian doctors called the couple again on Christmas Eve to say his condition had deteriorated dramatically.

They raced to get a flight to be by their son's side, and were with him when he died from a suspected bleed to the brain on Saturday.
Thomas' uncle Brendan Keaney told the Irish Independent: 'It seems he was the victim of a random punch.
'He had been knocked out on the night he took the punch, but came round and talked to his parents (by telephone) a couple of days before Christmas Eve while still in hospital.
'At that stage he was complaining to his day of having a pain in his head. The initial fear was that he had a bleed on the brain.' 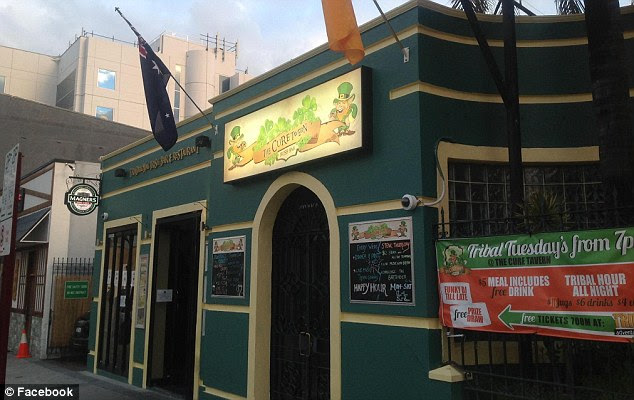 The Cure Tavern in Perth, Australia where Thomas Keaney worked

Thomas was enjoying his time in Australia and had worked on farms and at an Irish bar in Northbridge.
He had recently extended his visa to stay in the country for longer.
Thomas, who was born in America before moving to Balleyconneely, Co Galway, was on a night out with friends, when he suffered the random punch.
The force of the blow knocked him out and he hit his head on the pavement.
Police have arrested 22-year-old Abbas Al Jrood in connection with the assault.
He has appeared at Perth Magistrates Court to face charges of grievous bodily harm.
Mr Keaney added: 'He was a very happy-go lucky guy who went out there to make a few pounds.
'He had planned to stay for another year to make a few pounds and then come back. He had done a few computer courses in Ireland before he went.'