Men are more likely to drop dead during sex if they're cheating...

A raw carrot is still alive when you eat it.
Half the food produced in the world is left to rot.
Hops contain antioxidants, but you'd have to drink 118 gallons of beer a day to see any health benefit
.

Americans eat 10 billion doughnuts a year.
Heinz sells two sachets of ketchup each year for every person on Earth.
Britons drink 60 billion cups of tea a year.
Mexicans drink more Coca-Cola per head than anyone else.
For 2,000 years, chocolate was only known as a drink. The first solid chocolate bar was sold in 1849.
Kunga cake is an East African food made from millions of crushed midges.

Giving Prozac to a snail renders it unable to stick to surfaces.
Over a lifetime, the human heart pumps enough blood to fill a football stadium. VIAGRA was developed to treat angina.
Men are more likely to die during sex if they're cheating on their wives.
The medical condition known as a 'stroke' is short for 'a stroke of God's hand'.
The longest anyone has gone without sleep is 18 days, 21 hours and 40 minutes.
Roman soldiers dressed wounds with cobwebs.
When he died, Dr Atkins (of the best-selling Atkins diet) weighed over 18st.

A tiger's tongue is so rough that if it licked your hand it would draw blood.
Female giant jumping rats have four nipples: two in the armpits and two in the groin.
Monkeys urinate on themselves to  attract a mate.
Because opossums have forked penises, early naturalists thought males mated with the female's nose.
Nightingales can remember more than 200 different songs.
An ostrich could run the London Marathon in 45 minutes.
A garden snail would take three years and two months to make its way from John O'Groats to Land's End.
Pigs suffer from anorexia.
At least 60 per cent of species on Earth are parasites.
The krill eaten by a blue whale every day weigh as much as 40,000 cheeseburgers.

David I of Scotland gave tax rebates to subjects with good table manners.
Charles II of England wore stilettos to his Coronation.
James I of England washed only the tips of his fingers.
Louis XIII of France didn't have a bath until he was almost seven.
Empress Isabelle of Bavaria bathed in strawberry juice.
Roman emperor Elagabalus invented a whoopee cushion which he used at dinner parties. 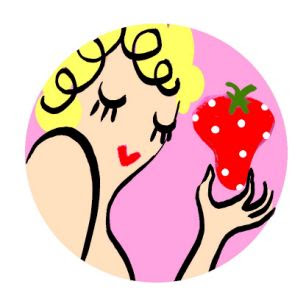 Proctalgia, proctodynia, pygalgia and rectalgia all mean 'pain in the backside'.
The remains of birds hit by aeroplanes in flight are known as 'snarge'.
Nemophilia is the love of spending time in forests.
Gambrinous means 'being full of beer'.
Pandiculation is yawning and stretching at the same time.
A renifleur is someone who gets sexual pleasure from smells.
Jenga means 'to build' in Swahili.
In Korean, there are no words for 'brother' or 'sister', but there are words for an older or younger brother, and an older or younger sister.
The faint trace of perfume left in the wake of a passing person is known as sillage.
In 1379, more than 600 years ago, a baby girl in Yorkshire was Christened Diot Coke.
The Andamanese language has only two words for numbers: they mean 'one' and 'more than one'.

By the time they reach 17, most British children will have been driven 80,000 miles by their parents.
The average British child makes its first mobile-phone call at the age of eight.
There are 300,000 child soldiers in the world.
Fifteen apricot kernels contain enough cyanide to kill a child.
The mean cost of bringing up a British child is estimated to be £218,024.
Regular use of sunblock has increased the incidence of rickets among British children.
Dickens nicknamed three of his children Flaster Floby, Lucifer Box and Chickenstalker.

The world of war

The modern British Army has more horses than tanks.
American citizens own more assault rifles than the British Army.
You can join the Army at 16, but you have to be 18 to play Call Of Duty, in which you play a soldier.
The remote control was developed during World War I by the German army.
In World War I, it was patriotic in the UK to kick dachshunds.
During World War II, the Americans renamed German measles 'liberty measles'.
Ten thousand horses were killed at the Battle of Waterloo.
The 1784 'Kettle War' between the Netherlands and Holy Roman Empire involved a single shot. It hit a kettle.
A rabbit was the only casualty of the first bomb in World War II to fall on British soil.
During the Seven Years War (1754–63), 1,512 British soldiers were killed in action and 100,000 died from scurvy.
The Hiroshima atom bomb explosion was generated by matter weighing no more than a paper clip. 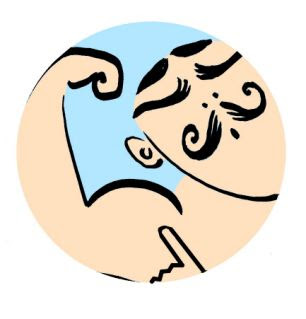 When the Mona Lisa was stolen from the Louvre in 1911, people flocked to look at the space where it had been.
The 1978 chess final at HM Prison Wormwood Scrubs was between 'Moors Murderer' Ian Brady and disgraced MP John Stonehouse.
In Melbourne, singing an obscene ballad is punishable by six months in prison.
When working as an organist, Puccini stole and sold the pipes, then changed the harmonies so no one noticed the missing notes.
In Roman law, balnearii were criminals who stole clothes from public baths.
Bush Market in Kabul, named after George W. Bush, sells food and supplies stolen from U.S. military bases.
The punishment for serving bad beer in Babylon was drowning.
The man who built the town stocks in Boston charged so much he was the first man punished in them.
Americans were so certain crime was caused by alcohol that, on the eve of Prohibition, some towns in Iowa sold their jails.
A bank robbery that takes place out of office hours is classed as a mere burglary.
In 2013, a Milan court sentenced a homeless man to house arrest. Each night, police went round to his bit of pavement to make sure he was in his sleeping bag.
IN 2009, a man dressed as Santa Claus robbed a bank in Tennessee: he claimed he needed money to 'pay his elves'.
Drink-driving is not illegal in Indonesia.

Even when adjusted for inflation, the movie Titanic cost 50 per cent more than the original ship.
Stanley Kubrick financed his early movies by playing illegal chess for money in New York parks.
The most common place to hide valuables is in the sock drawer; it is also the first place burglars look.
Henrietta Maria, wife of Charles I, pawned the Crown Jewels to raise money for the English Civil War.
Louis XIV had a coat with 123 diamond buttons on it.
Jacques Chirac, president of France, spent £60,000 a year on spring vegetables.
When the Skylab space station burned up in Earth's atmosphere  in 1979, the government of Western Australia fined Nasa $400 for littering. It was eventually paid in 2009.
Hangovers cost the U.S. economy more than $220 billion in lost productivity each year.
The world's most expensive sheep was sold in 2009 for £231,000.

Ludo was invented in India.
Samuel Taylor Coleridge invented the sport of rock-climbing.
Fox tossing was a popular 17th-century sport; the fox was fired into the air using a sling.
Vichy France banned rugby league because it was considered a communist sport.
Arthur Conan Doyle was one of the judges at the world's first-ever bodybuilding contest.
The official state sport of Maryland is jousting.
Lee Pearson, winner of ten Paralympic golds for dressage, is allergic to horses.

SOURCE-DAILYM
Posted by GISTS at 00:01