At least 10 people have been killed and 22 injured in an explosion on a packed trolleybus in Russia's Volgograd city.


Russia's Investigative Committee spokesman Vladimir Markin said a suicide bomber was behind this morning's terrorist attack.
The deadly blast comes a day after a suicide bombing killed at least 17 people in the southern city's main railway station. Investigators believe the blasts may be connected.
Scroll down for video 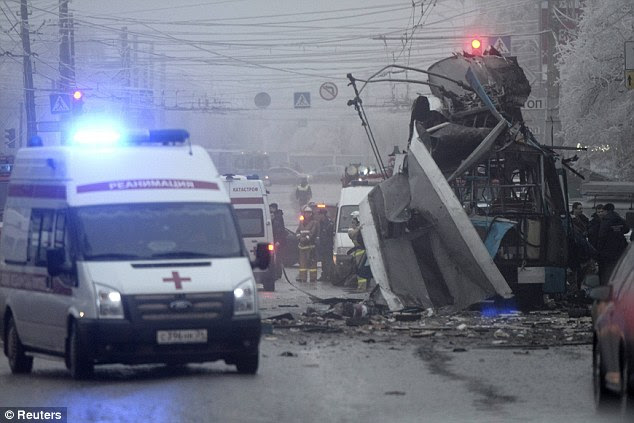 Devastating: At least 10 people were killed when a bomb exploded on a packed trolleybus on Monday in Russia 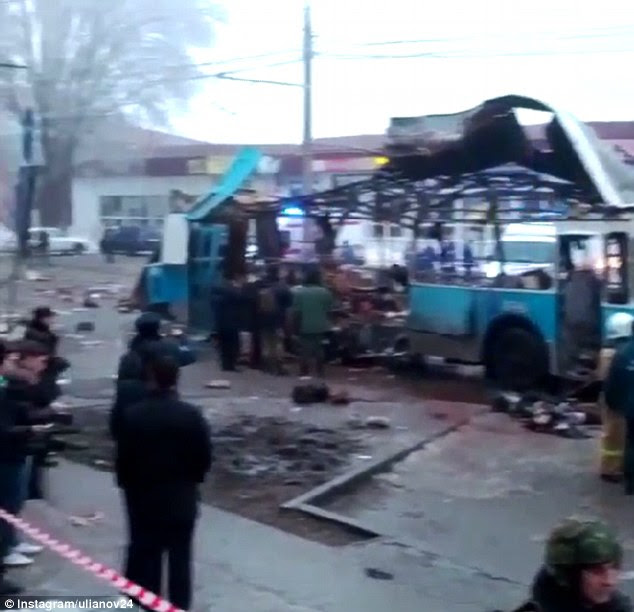 Suicide bombing: At least 10 passengers on a trolley bus have been killed in the Russian city of Volgograd
According to the National Antiterrorist Committee, the bomb may have been planted in the central part of the trolleybus rather than brought in by a suicide bomber.
Images from the scene showed the gutted remains of the blue-and-white trolleybus, its roof blown off and partially reduced to its metal frame.
The blast appears to have occurred at the back of the bus.

The Emergencies Ministry said it is preparing a new flight from Moscow to Volgograd with medical equipment and personnel.
Authorities say a one-year-old baby is among the 22 injured.
'They (the victims) have burns, multiple traumas, blast-injuries. If needed, they will be airlifted to Moscow,' Regional Health Minister Veronika Skvortsova told Rossiya24 TV. 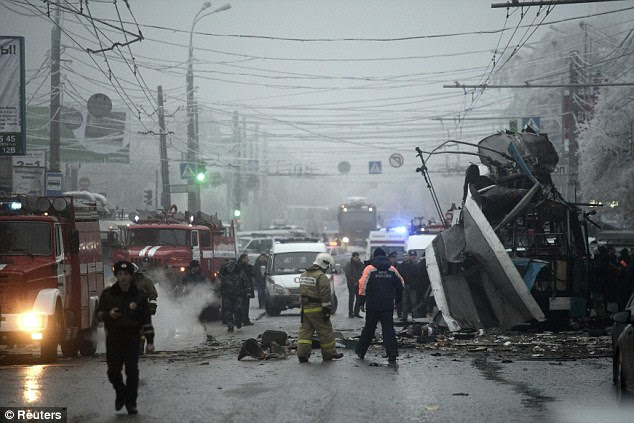 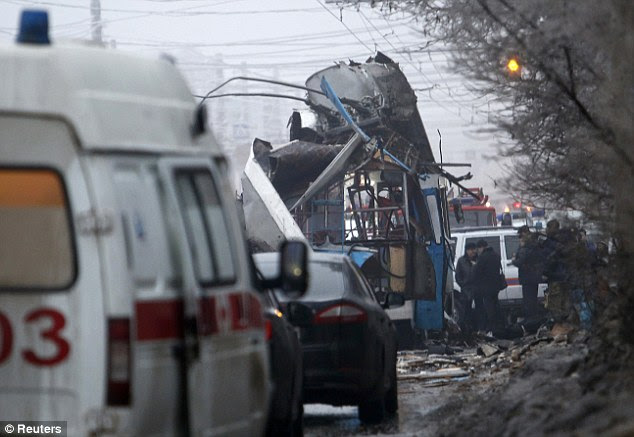 Deadly blast: The trolleybus was reportedly near one of the city markets when the explosion happened, shattering the windows of nearby buildings

RT.com reports the bus was near one of the city markets when the explosion happened, shattering the windows of nearby homes.
Authorities have cordoned off the site and are diverting traffic.
'I woke up because of an enormous blast I heard. I heard the glass shattering in the first two stories of the building,' Alina Averyasova, an eyewitness, told RT.com.
'I looked out of the window, it was still dark, and I saw a bus that was ripped by a blast and people were running away from it screaming.'
The shocking news comes a day after a suicide bomber targeted the city’s railway station.
The blasts have raised safety concerns in the region 40 days before Russia is to hold the Winter Olympics in the Black Sea resort city of Sochi. 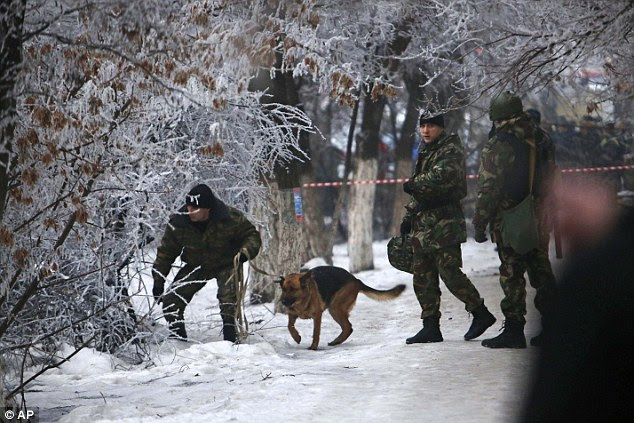 Investigating: Police officers use a sniffer dog to examine territory around the site of a trolleybus explosion in Volgograd, Russia 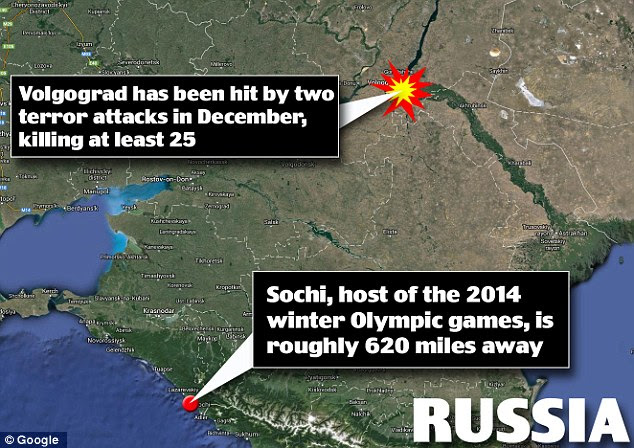 Location: Two suicide bomb blasts in Volgograd, Russia, have killed dozens of people and injured many more, raising safety concerns in the region 40 days before Russia is to host the Winter Olympics