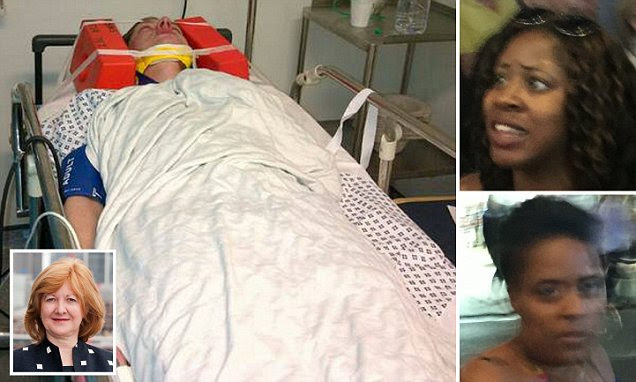 Tom Borwick, 27 (pictured above, main in hospital), the son of recently elected Kensington MP Victoria Borwick (pictured above, inset left), received the violent beating after being set upon as he queued in the KFC in London's Leicester Square.
The app writer was knocked unconscious after he was repeatedly kicked and punched after collapsing to the floor. Police have released images of two women wanted in connection with the attack (pictured above, right). The politician, who was Boris Johnson's former deputy, slammed security guards for not coming to her son's aid.
Posted by GISTS at 12:10