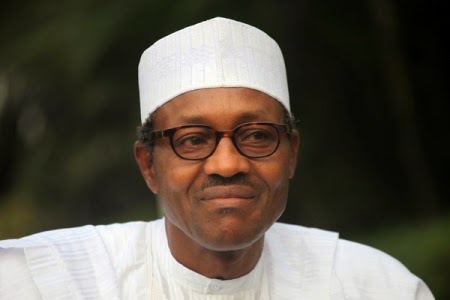 President elect, Gen Muhammadu Buhari says all political office holders, governors, ministers, permanent secretaries, head of foreign staff and others, will be declaring their assets before a law court on assumption of their appointment and at the end of their appointment. According to him, this would ensure accountability amongst public servants. He said this in an interview with Sahara TV yesterday April 12th

"All those that were governors, ministers, permanent secretaries, head of foreign staff and all those with political appointments will have to declare their assets on the assumption of their appointment and definitely with the courts. And once they leave they have to re-declare their assets.” he said

He said that his administration will not interfere in the judicial process that will be used to pursue corrupt officials. According to him, if his administration “become embroiled in investigation of every ministry, then the government will not have time to move forward.”

Reacting to the recent remarks by the Minister of Finance Ngozi Okonjo-Iweala on the fiscal conditions and government spending in Nigeria, Gen Buhari said “I’m afraid the Finance Minister has no cause to complain because the governors cannot force the central government to act outside the Constitution.”
Regarding the controversies surrounding oil block ownership in Nigeria, Gen Buhari said partisan politics has been responsible for award oil wells to people who do not have any business with it in the first place

"Proliferation of oil fields to people who don’t even know what it is, is one of the messes partisan politics has brought.” he said

Reacting to insinuation in some quarters that former President Olusegun Obasanjo was indirectly having influence in his incoming government, Gen Buhari said "I think that people have to accept the realities of Nigeria’s political development. General Olusegun Obasanjo is the only living Nigerian that led Nigeria for more than 11 years, so for anybody to think that General Obasanjo is irrelevant or he was trying to push his influence over issues, I think is being uncharitable and not being fair to Nigeria’s political development."
Posted by GISTS at 01:24