55 Corpers released after being held hostage for 24hours in Nasarawa 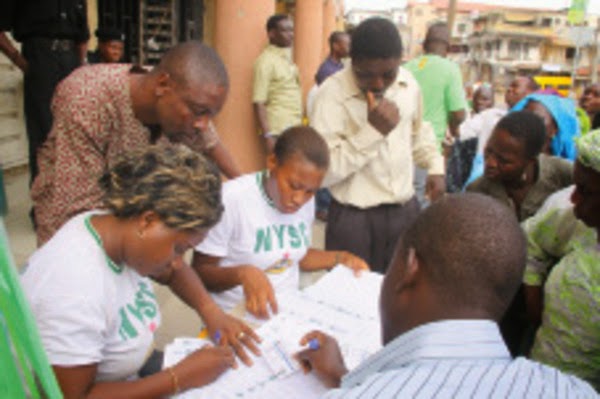 About 55 Corps members and staff of INEC deployed to serve as presiding officers, who were held hostage yesterday in Assakio, Ashige and Adogi in Lafia LGA in Nasarawa state on Saturday April 11th, have finally been released, according to a report by Vanguard

The Corpers were rescued by security men this afternoon and brought to INEC Headquarter in Lafia. The Corps members said they were held hostage by the host communities because INEC returning and collation officers refused to show up after the election was peacefully concluded to collate and return election results. They said when they tried to call the returning officers, they didn't pick their calls and the host communities refused to let them go until security men came to their rescue today.
Posted by GISTS at 01:42