A 66-year-old Brazilian man has spent 35 years preaching the word of God - because he believes he is the reincarnation of Jesus.


Inri Christo has ‘hundreds of followers’ from around the world, including the UK, Britain and France, some of whom live with him at his ‘church’ compound outside Brasilia.
Since 1979 he has travelled for 27 countries to spread his word, however his controversial views has seen him expelled from the US, Britain and Venezuela.
Scroll down for video 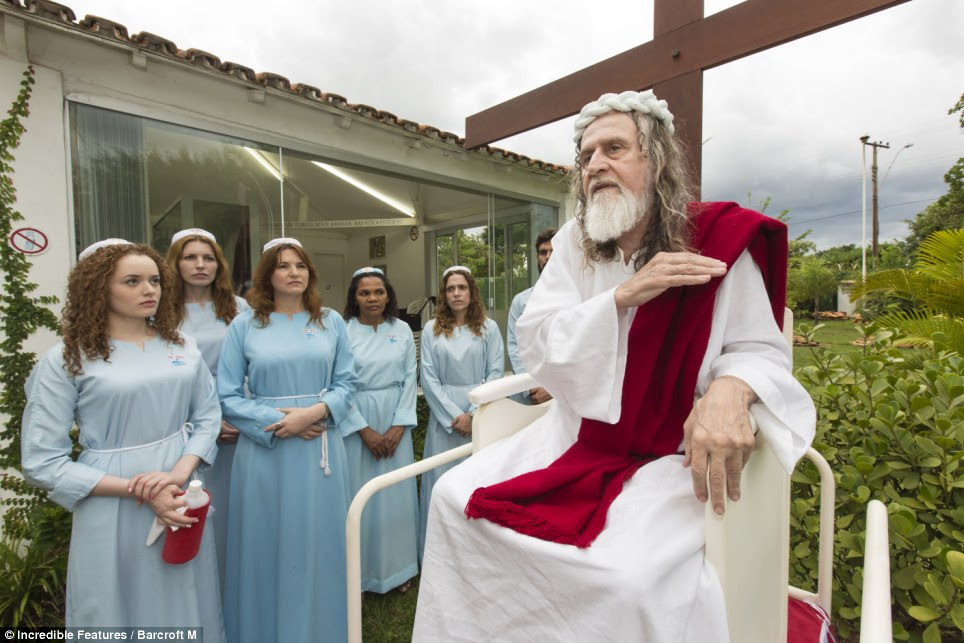 I am Jesus: Inri Cristo speaks to his disciples from one of his mobile pulpits at his church compound outside the capital of Brasilia 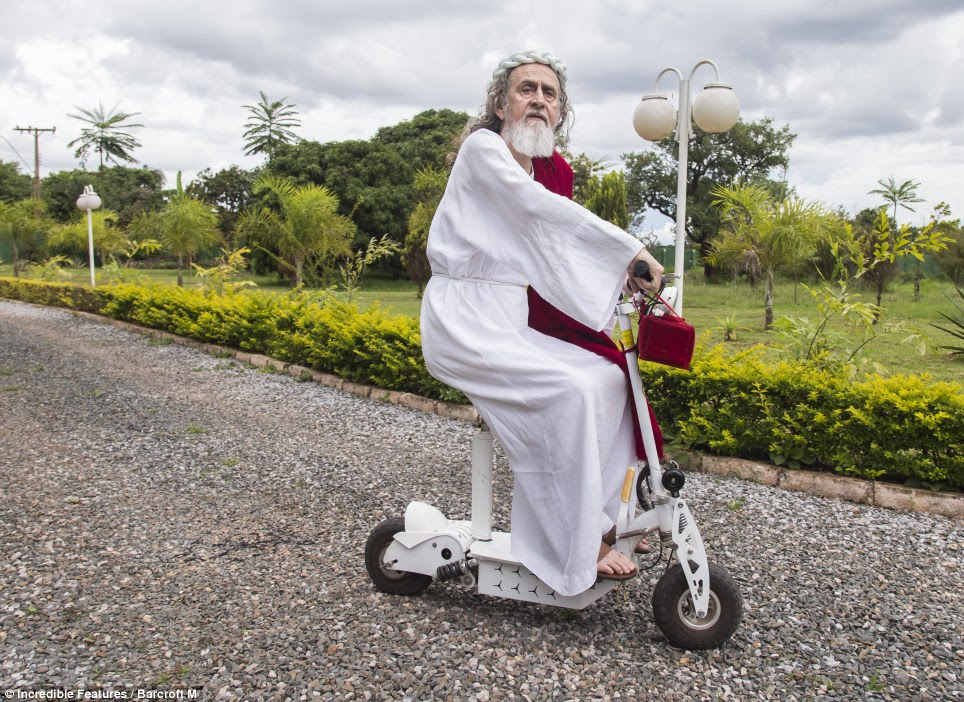 They see me rollin', they hatin': When not giving sermons and tending to his flock at his Soust church, Inri Cristo likes to get around the grounds of his compound aboard his motor scooter 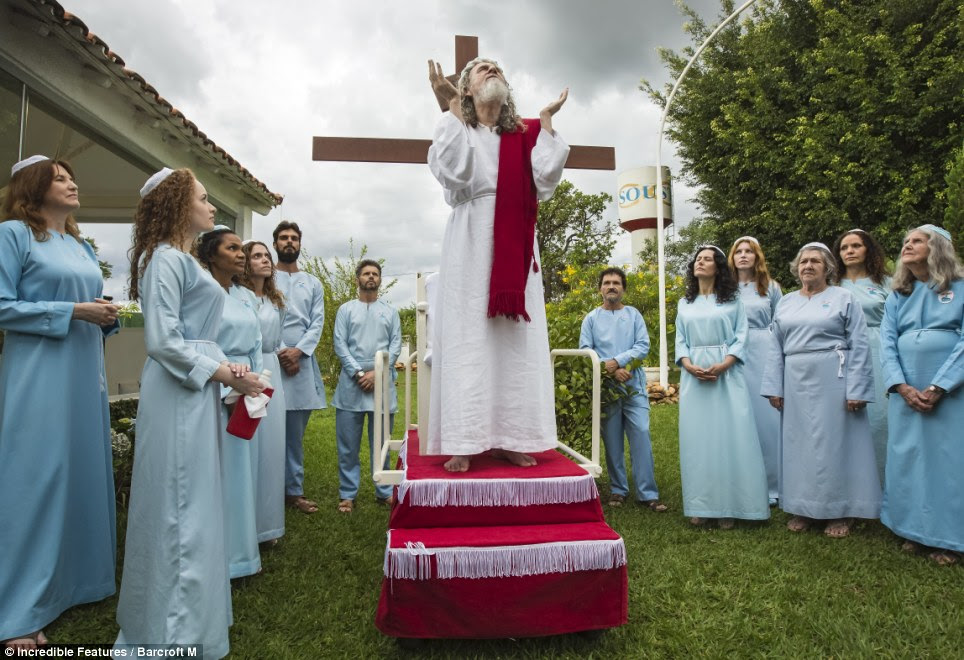 Son of god: Inri - which is a Latin acronym that in English means 'Jesus of Nazareth, King of the Jews', believes that the location of his 'church' is the 'New Jerusalem'

Most of the disciples who live at his church – mostly women - have followed Inri for decades, the eldest, Abevere, 86, has been following him for 32 years.
His youngest disciple is now 24 years old and first met Inri when she was just a two years old.

As ‘Jesus reborn’ he has even taken the name of Inri, which derives from the latin acronym said to have been written on the cross during Jesus' crucifixion, and stands for Iesus Nazarenus, Rex Iudaeorum, or in English: Jesus the Nazarene, King of the Jews' and Christo, meaning Christ.
His Jesus-like dressing and unorthodox views on capitalism, abortion and even Christmas has seen him detained by police more than 40 times.
Inri Cristo's disciples sing version of "FREEDOM RELEASE' 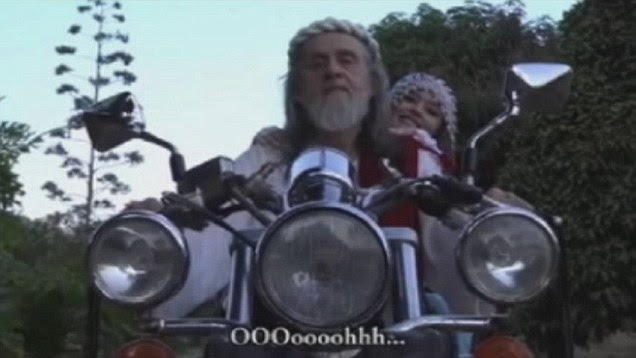 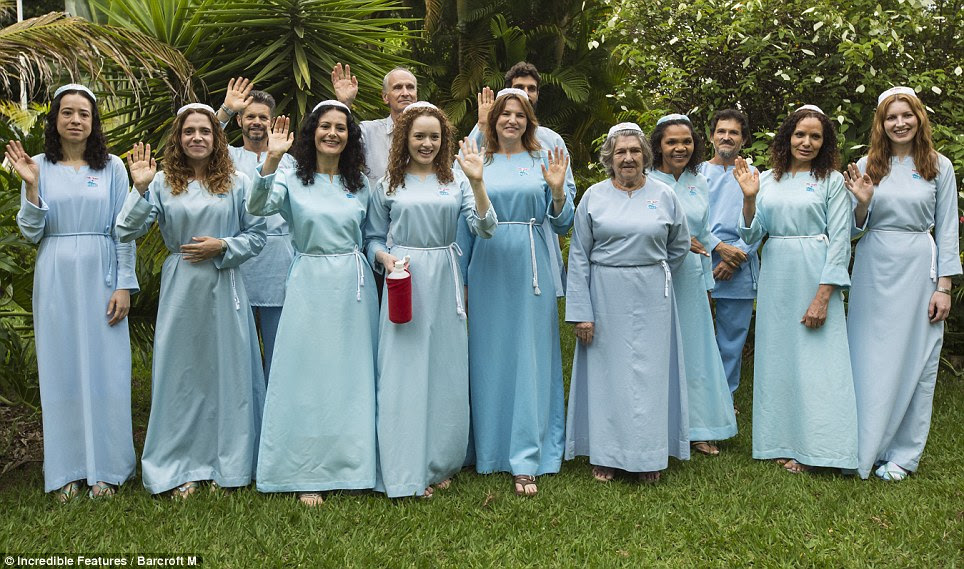 Faithful followers: A group of Inri Cristo's devoted disciples who live at the Soust compound gather to greet 'Jesus' in Brasilia, Brazil. Most of the disciples who live there have known Inri for over 20 years; the oldest now 86, and the youngest 24 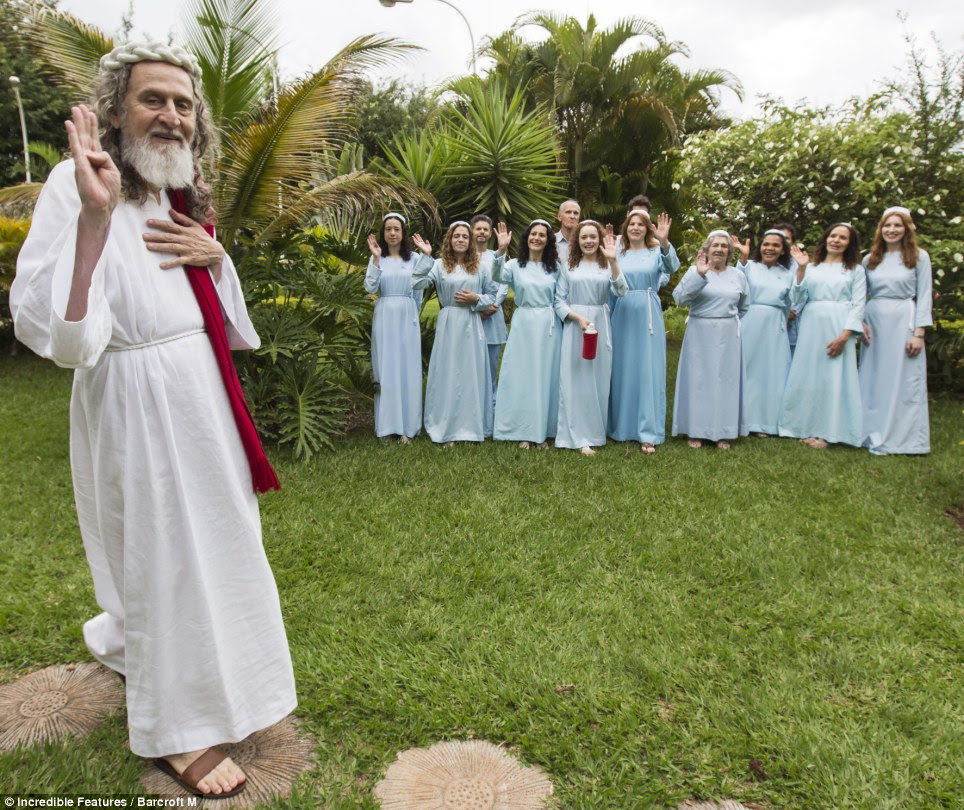 Leader's greetings: Despite being the home of Jesus, and home of a religious organisation, Inri Christo still has a kennel of dogs to protect them 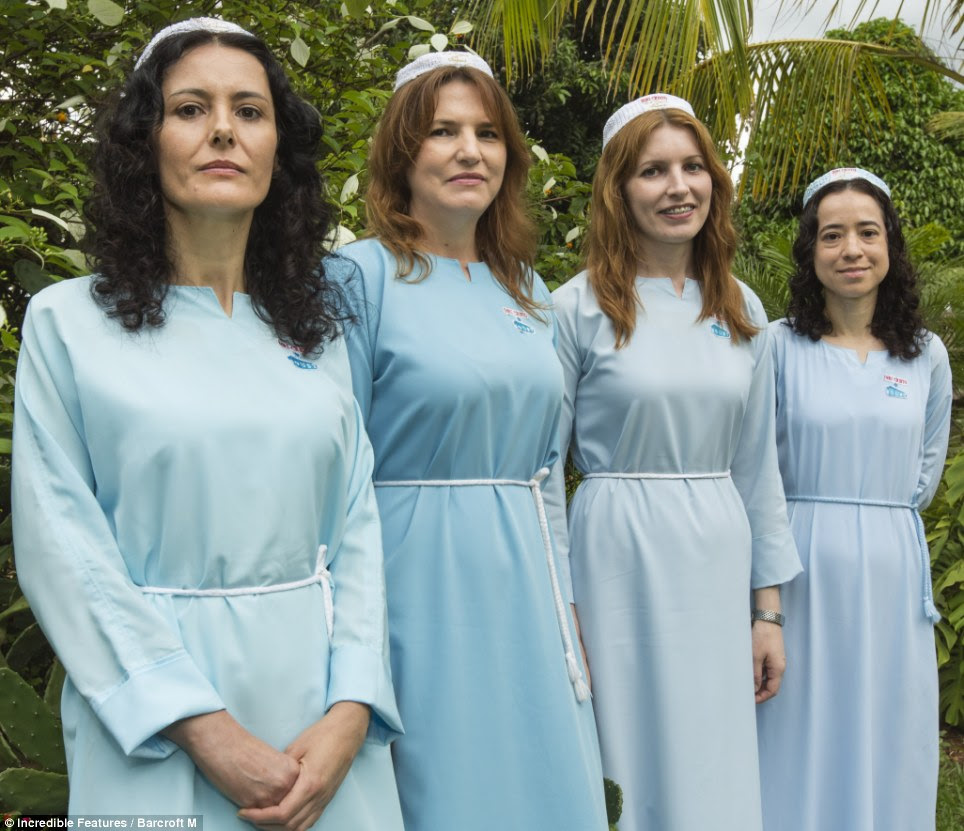 He said: ‘I know that there are countless people scattered throughout Brazil and the world whose hearts beat together with mine.’
But despite seeing himself as Jesus reborn, Inri refuses to celebrate Christmas saying it is just a day where 'the rich humiliate the poor'.
‘It is a day when the little sons of the rich can show the gifts they received while the poor children only get a crumb,’ he said. ‘So it is a very sad day for anyone who sees things with the eyes that I see.’
Inri says he first experienced the 'revelation' that he was Christ during a religious fast in Santiago, Chile, in 1979.
Since childhood he had been following a powerful voice that 'speaks in his head' but it was only on this occasion that it told him: ‘I am your Father. The God of Abraham, of Isaac, and of Jacob.’ 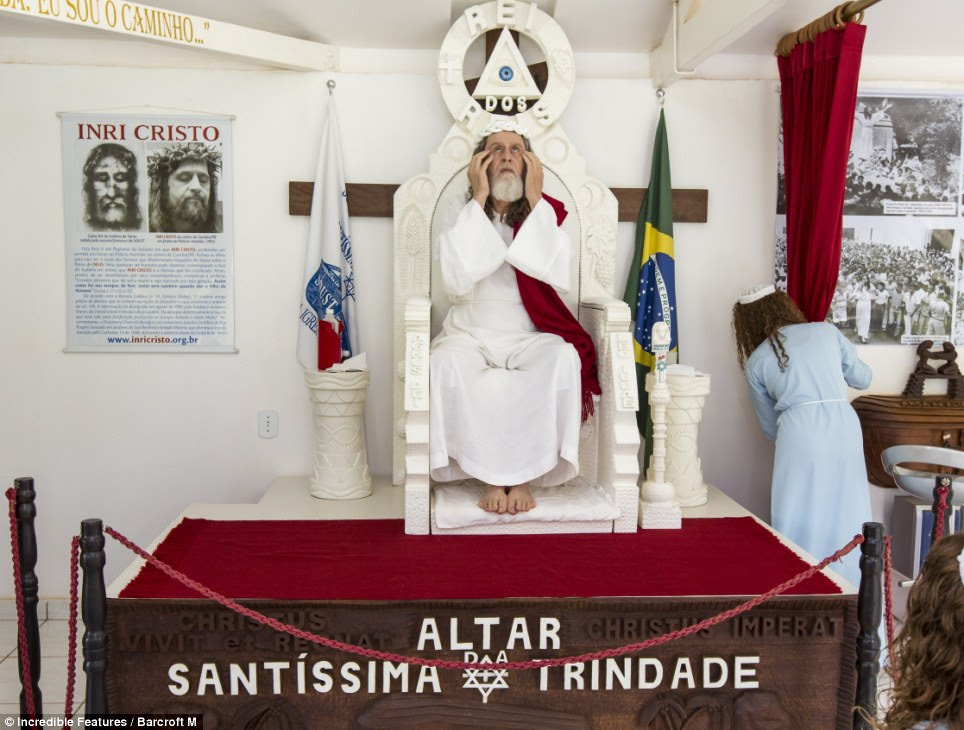 His holy word: Cristo speaks to his followers every Saturday morning from his pulpit at the 'New Jerusalem' compound 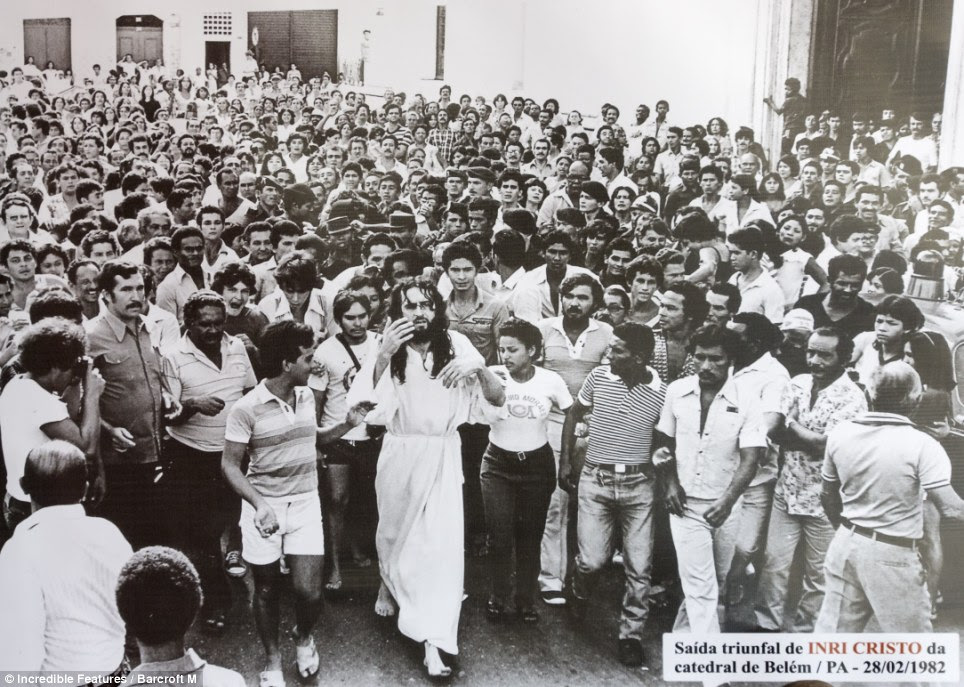 Long career: Inri Cristo, who has been preaching as 'Jesus' since 1979, surrounded by followers circa 1982 at Belem cathedral in Lisbon, Portugal 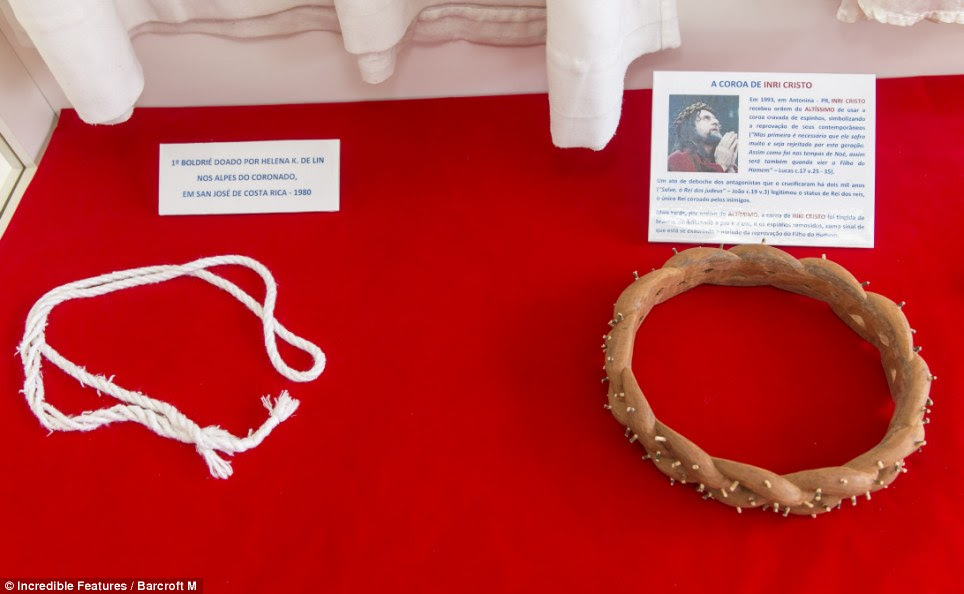 On display: Artifacts from the life of Inri Cristo are kept in glass cabinets at his chapel at the Soust compound near Brasilia 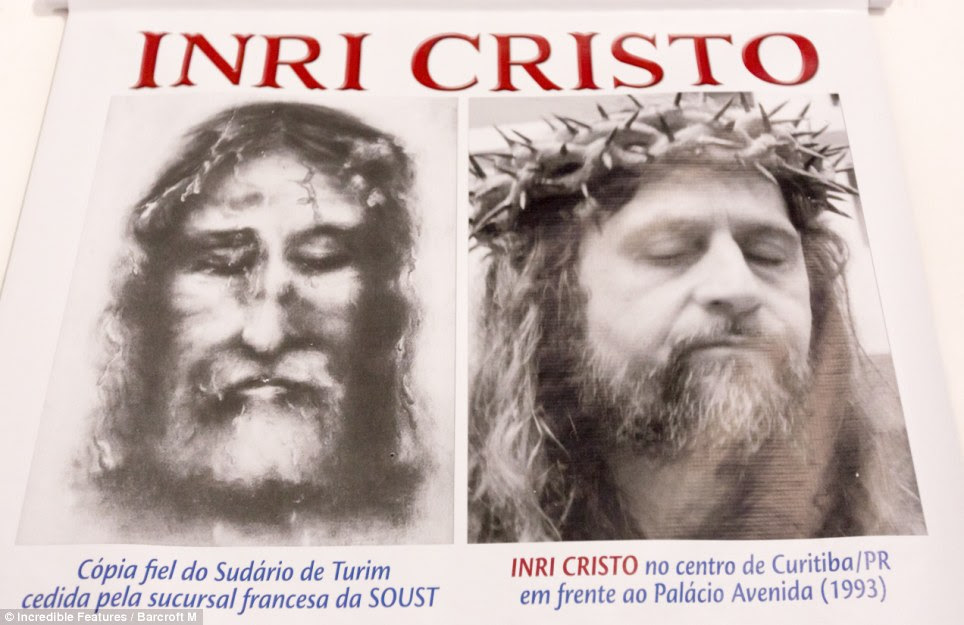 He's alive! Inri Cristo in a photo of himself wearing his own version of the Shroud of Turin, circa 1993, set to prove that he is the resurrection of Jesus Christ himself 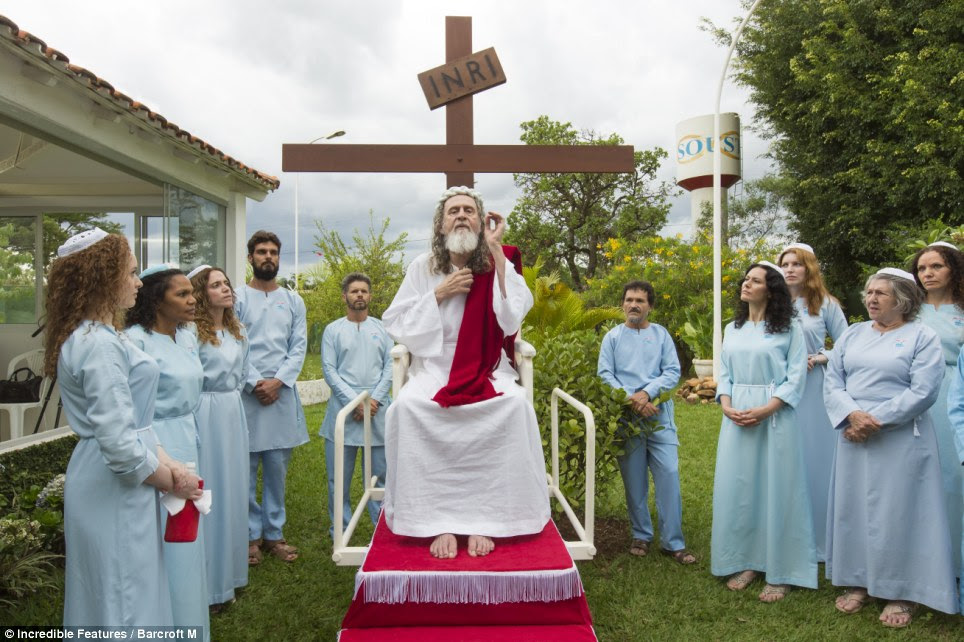 Uncomfortable truths? Inri Christo's controversial views on everything from Christmas to capitalism has seen him arrested 40 times, and expelled from several countries

He now runs his own church, the 'Soust' (Suprema Ordem Universal da Santmssima Trindade), located on a lush farmland outside of Brasilia, the capital of Brazil, which he calls the 'New Jerusalem'.
He and his followers survive on homegrown fruit like bananas, avocados and mangos as well as a vegetable garden.
There's also a chapel where Ingra speaks to his followers every Saturday morning and a kennel for the dogs that guard the complex.
His quirky life has led to critics saying he is mentally ill - an accusation he firmly denies.
‘I can be crazy but not dumb,’ he said.
‘Madness is different from dementia. It is the mother of philosophers, prophets and inventors.
‘My mission is to prepare the elect, the survivors of the inevitable nuclear hecatomb that will culminate in the end of this chaotic world, for the formation of the new earthly society, which will strive to fulfill the Creator's will.’ 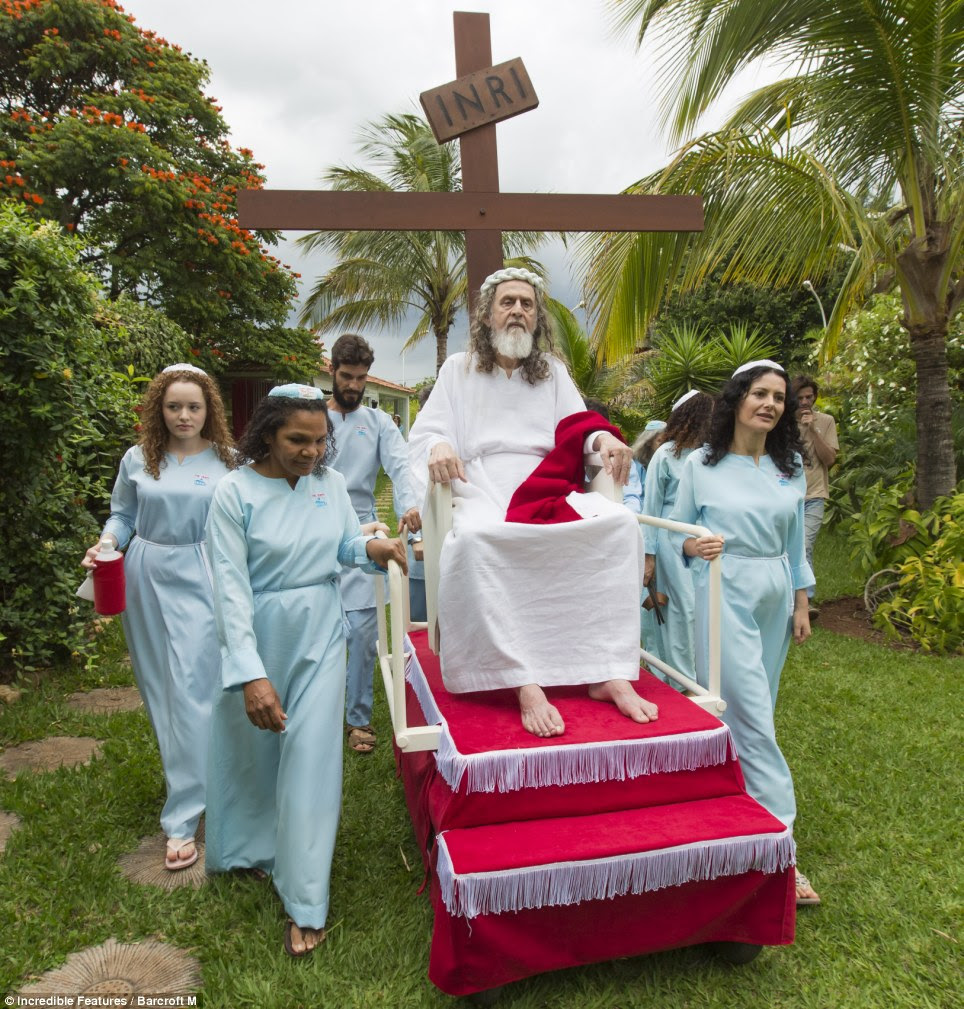 Preacher and leader: Inri Christo's loyal followers push his pulpit out into the garden in order to listen to his words as 'Jesus' 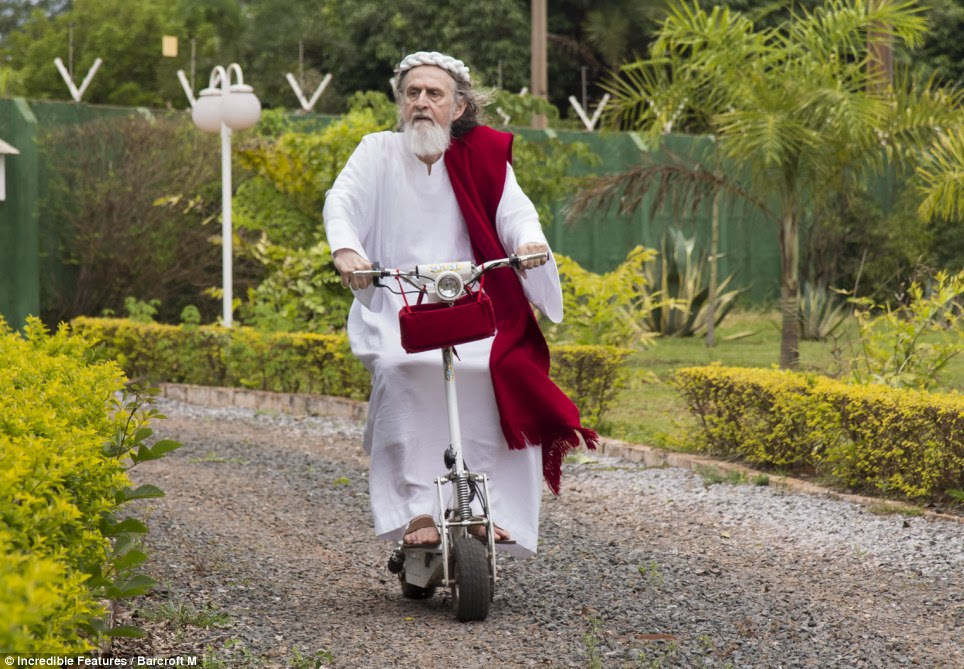 Biker Jesus: Inri Christo takes his scooter for a spin around his vast compound where he lives with his followers, preaching 'the word of Jesus'