Man tries to smuggle Thai woman inside of a suitcase

A 56-year-old Pheonix man has been arrested after authorities found a Thai woman stuffed inside his suitcase as part of a border smuggling attempt.

U.S. Customs and Border Protection officials said on Monday that officers stopped the man to inspect his Honda SUV at the Port of Nogales, the major Point of Entry in Arizona at the Mexico and United States border
Customs and Border Patrol spokeswoman Edith Serrano said officers removed a suitcase in the back of the vehicle 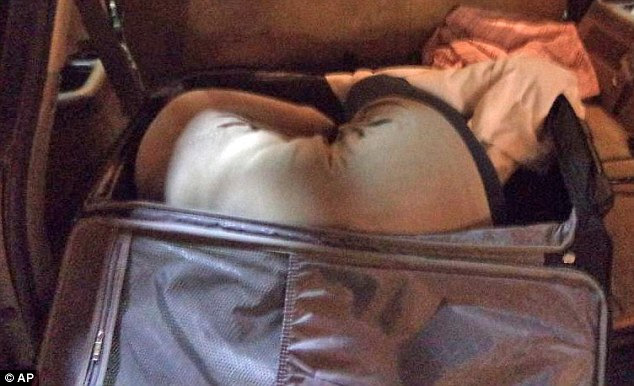 This photo, released by the U.S. Customs and Border Protection, shows a woman trying to hide inside a suitcase in a smuggling attempt at the U.S.-Mexico border.