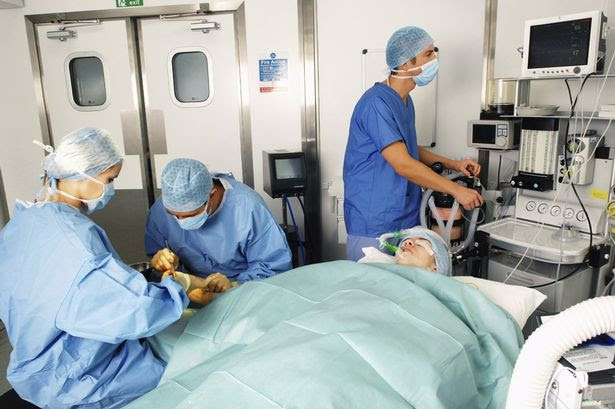 A medical professional who trash talked her patient when she put him to sleep has been fined - after his smartphone recorded the WHOLE THING.
Tiffany M Ingham, who was working as an anaesthesiologist in Reston, Virginia, was caught making rude and defamatory comments when a patient left the phone recording.
The man, who has been named only as DB in court according to his attorneys, had been worried about missing vital instructions after his colonoscopy procedure due to his recuperation - so he set his smartphone to record everything, which ended up including the rant.
When DB played the audio back on the way home, he heard that the team performing his surgery had mocked him as soon as he went under.


According to the Washington Post, the court was told that the team also discussed avoiding him after surgery, recording a false diagnosis and advising an assistant to lie.
When DB was sedated, Ingham told him: "After five minutes of talking to you in pre-op, I wanted to punch you in the face and man you up a little bit."
When an assistant mentioned a rash on DB Ingham commented not to touch it because they might get syphilis, and then joked that it was probably "tuberculosis in the penis".
She also referred to him as a "r*****" for looking at the needle going into his arm when it made him feel queasy.
Following his discovery, the man sued the practices for defamation and medical malpractice, and a jury in Fairfax County has ordered Ingham and her practice to pay him £318,000.
Neither Ingham, who was working for the Aisthesis anesthesia practice in Bethesda, Maryland, nor the practice could not be reached for comment, but the jury ruled that practice should pay £32,000 out of £127,000 in punitive damages awarded.
Posted by GISTS at 15:36