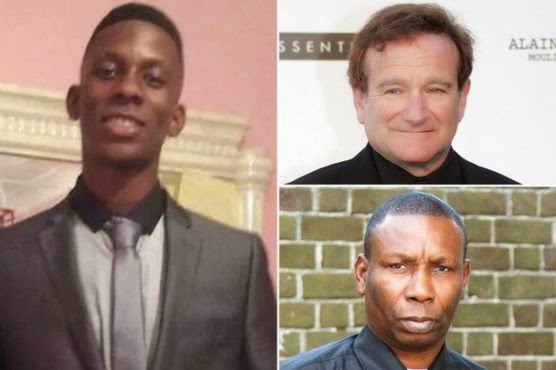 An inquisitive schoolboy may have hanged himself in a “horrible mistake” after he experimented to see how Hollywood legend Robin Williams died, an inquest heard.

Temidayo Joseph, 16, died in his bedroom just hours after collecting his GCSE results. The talented footballer was found slumped in a seated position on the floor by his mum Kate with his school tie around his neck.


An inquest heard in the days leading up to his death the “lively and popular” youngster had spoken with a cousin and questioned why the famous actor would have wanted to end his life.

Essex Coroner Eleanor McGann said: “There was a conversation which took place about big news in the media about the death of Robin Williams.
“Temi had said ‘I don’t understand why somebody would do this to themself’.
“I do wonder if this bright, little boy... perhaps he was just experimenting to see how Robin Williams killed himself, but with no intention of doing it himself.

“That would seem to fit with this happy little boy with an enquiring mind who has made a horrible mistake.”

Detective Sergeant Tara Barnes told the inquest she had concluded her report into the death by saying: “I had no information that his intention was to kill himself.”

The inquest at Essex Coroner’s Court heard no suicide note was found and Temi’s family said he had been looking forward to enrolling at college.