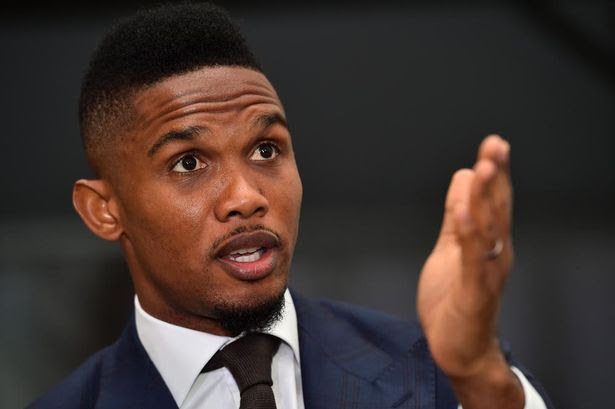 Ex-Chelsea star Samuel Eto'o has claimed he was a victim of racism while playing for the west London club.


The striker, who has played for many of Europe's elite clubs including Inter Milan and Barcelona, was once the world's highest paid player during a stint in Russia, earning £350,000-pounds a week.
But despite his fame and wealth, he was shocked during his Chelsea days when a local jeweller turned down his credit card which he believes was inspired by racism.
The Cameroon legend told CNN: "I went to go buy a watch at a jewellers, not far from my house.
"The watch I wanted to see was expensive.
"I asked the saleswoman - who was also black: 'Could you show me that watch, please?'
"First I saw her turn to her co-workers like: 'Uh What should I do?'
"Eventually, she let me see the watch. I looked at it and said: 'OK, I'll buy it.'
"I took out my credit card and when she went to go run it through the machine, she came back and said that it was declined.
"I asked her: 'Was it declined or did you not want it to be accepted?'
"My brother asked: 'What's going on?' And she said: 'Nothing, nothing.'
"But he said: 'No. Because when I came in I saw how all of you were looking at us.'
"My brother told them: 'My brother can afford this and the way you are treating him shows that you think, just because he is black, he can't afford this watch.
"The woman then slipped up and said: 'No, it's just that we had some Nigerians in the store the other day who came in with fake credit cards.'
"I don't know if you can imagine the weight of what she said. If one of my own makes a mistake, they judge us all.
"I don't think she's a racist person, but she stereotyped all black people as 'Those people'."
mirror
Posted by GISTS at 01:04