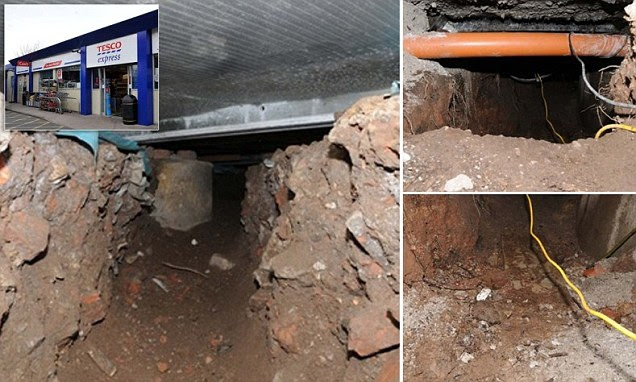 Thieves dug a 50ft tunnel under a building to steal thousands of pounds from a cash machine.
Police believe the gang spent months digging the 'complex' structure from nearby wasteland to get at the cash at a Tesco store in Eccles, Greater Manchester last Friday, March 14. 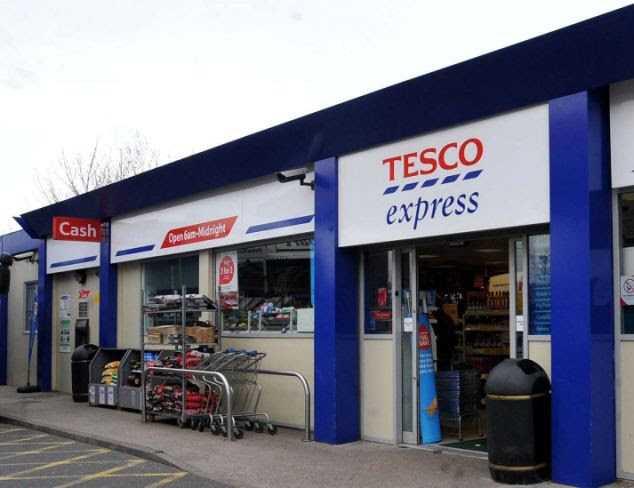 The elaborate heist has been linked to the so-called 'mole-in-the-wall' gang, who are believed to have carried out three similar plots in the city since 2007.
In the latest raid, thieves stole cash boxes containing a 'substantial' sum of money from the Tesco store in Liverpool Road before disappearing back through the tunnel with the cash, Greater Manchester Police (GMP) said.
A police spokesman confirmed that the amount taken was in the 'tens of thousands of pounds'.
Officers said they believe the gang may have spent months digging the tunnel, because of the amount of planning that was involved and complex nature of the tunnel structure.
GMP's Detective Superintendent Mark Toker said: 'These people had obviously spent a long time plotting this crime and I doubt they would have been able to keep their plans secret for all that time, without telling others about their elaborate scheme.
'The offenders must have spent long periods of time in the area over the last few months, which people may have noticed.