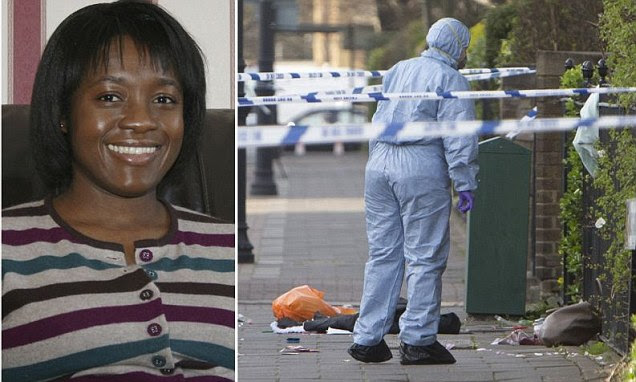 A man has today been charged with the murder of a health worker who was stabbed to death in the street, as police probe whether the alleged attack was a patient of the victim.


Mother-of-two Naudel Turner, 42, was stabbed in the neck in front of horrified onlookers after arguing with a man in Tottenham, north London, yesterday lunchtime.
Scotland Yard said that Dariusz Miakienko, 46, of Lordship Lane, Tottenham, has been charged with murder.
He will appear in custody at Highbury Corner Magistrates' court tomorrow.
Witnesses who filmed the alleged attack have been asked to come forward by police.
Ms Turner, was pronounced dead at hospital after she was stabbed at least four times in the neck.
It is believed Ms Turner was returning home from her job as a health care worker in the area when the alleged attack happened.
Miakienko, 46, was arrested at the scene, which was later cordoned off while forensics officers combed the street for evidence.
Police say Ms Turner was a 'hard-working' mother of two boys, aged 19 and 20, from Fulham, who traveled to Tottenham to work.
Detective Chief Inspector Noel MucHugh said: 'Ms Turner was a hard-working mother of two boys.
'At this early stage we believe she may have known her attacker and we are appealing for anyone with information about the incident to come forward and help with the investigation.
'I need to hear from anyone who was in the Bruce Grove area shortly before one o'clock on Wednesday, 19 March, and who may have witnessed the incident.
'I would like to directly appeal to anyone who may have captured images or footage before and after the incident to contact us immediately.
'In particular we would like to speak to a black male who was wearing a white tracksuit top who witnesses saw taking images at the scene.
'He is not a suspect but we urge him to get in touch with us as soon as possible.
'I would appeal to him or anyone else to contact us with the footage or images they took as a matter of urgency and not to upload them on the internet or share them with friends as it may harm our investigation.'
Those working nearby said the attacker allegedly lay the knife on Ms Turner's chest after the stabbing and made no attempt to flee.

Source-Dailym
Posted by GISTS at 14:00