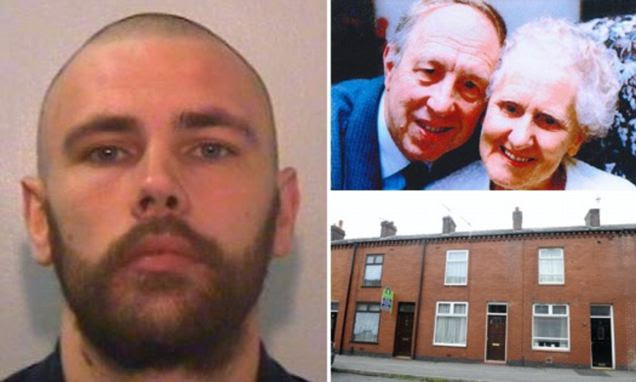 Daniel Crompton sobbed in the dock as the jury at Manchester Crown Court delivered its verdict that he had murdered 87-year-old Frank Worsley.
When he was sentenced to life in prison, with a minimum of 18 years before he is considered for parole, Crompton shouted at the jury: 'I hope you are pleased with yourselves!' Mr Worsley, a grandfather of two, died from a stroke three weeks after being attacked by the unemployed 24-year-old, who had 47 previous convictions.

SOURCE-DAILYM
Posted by GISTS at 23:27