A jobless man who claimed to have fathered 22 children by 11 women was yesterday spared jail for dealing drugs – after telling a judge he needed to help care for his youngest.


Raymond Hull, 58, who has been married only once and has lived off benefits for a decade, insisted ‘I just love kids’, but admitted he was in contact with only ‘about 12’ of them.
Despite police finding a stash of cannabis and text messages from customers, a judge accepted he was helping to raise child number 22 – seven-month-old Barry – while his partner returned to work. 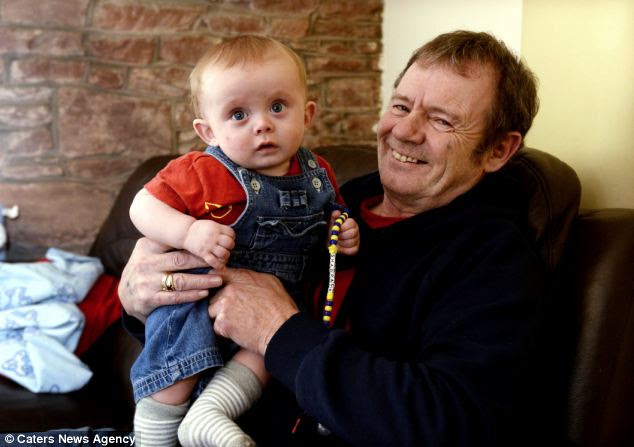 'I just love kids': Raymond Hull, who was spared jail for dealing drugs, with his 22nd and youngest child Barry

With ‘considerable hesitation’ the judge went on to impose a suspended sentence.
Afterwards Hull – who has a series of convictions dating back four decades – defended his unconventional lifestyle, saying he had ‘never been short of offers’.

‘I just love kids,’ he said. ‘I don’t regret anything, even though I don’t speak to them all. Some of them don’t even know I’m their dad.’ And he bragged: ‘I don’t know what it is about me, but I’m never short of offers.