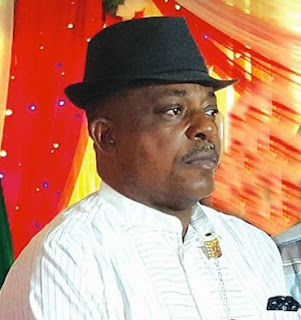 A prominent Ijebu son and PDP’s chieftain in Ijebu-Ode Ogun State, popularly known as Sir Kay has been kidnapped by unknown men. Sir Kay who is preparing for his late mother’s burial was kidnapped on his way to Imowo where he had planned to purchase a cow. The kidnappers later contacted his wife and told her that the sum of N300,000 meant for the cow’s purchase had been collected from him, but it was only a token and they would contact her again. They have since not contacted her and it is however not clear if his late mother’s burial have now been put on hold.

The Chairman of Ijebu-Ode Local Government Council, Razzak Olukemi Daddah has however called on the police to put more effort in rescuing him and also arrest the kidnappers.
Posted by GISTS at 07:04