If Buhari wins, APC will jail me - Patience Jonathan 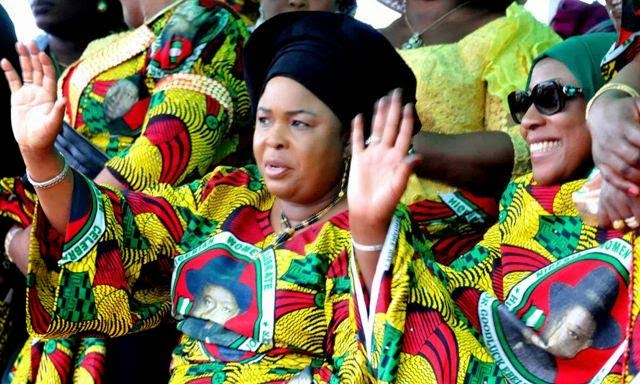 While speaking yesterday Wednesday March 25th at the PDP women presidential campaign rally in Oyo state, the first lady Patience Jonathan is quoted by Thecable.ng to have said that the APC and its presidential candidate plan to jail many people, including herself if they win the 2015 election...

“I want to tell you the people of Oyo state, you don’t need to listen to APC. APC is a spare drug; they don’t have material to quantify PDP material. You should know that they have been in government before; they were there before PDP, before Goodluck administration. If they come to Oyo, ask them, what do they have for you, not ‘I will, I will’. You were there; when you were there, what did you do for the people of Oyo state? “All what they did for you people when they were there was to send your fathers and your children to prison. That’s all what they have for you people, and I want you to remember. Some of you were still small by then when your fathers were sent to prison by this very APC people. Some of them died in the prison; you know them. You want me to call one of them that died in the prison – don’t you know Adelabu? Haven’t you heard that name before in Oyo? He was the leader of NPN then. He was imprisoned by this APC, by this very people that want to enter there and he died there. They are coming again to jail your fathers and your mothers and even me, but God would never allow them – Holy Ghost fire, Holy Ghost fire, Holy Ghost fire. They would never succeed, because they have nothing to offer. Their own is ‘I will, I will’; that’s all what they have to offer. “PDP has come to liberate the people. After this one, when they fail, they won’t have any name to bear again. The last time they failed, they changed their name to APC – not knowing APC is a spare drug"