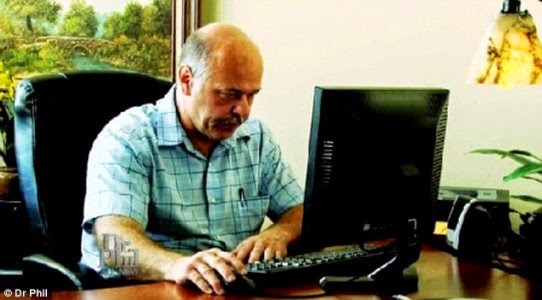 Steve told Dr Phil that he met the Nigerian woman named 'Kelly' on an online dating website in 2012 and they married about a year later in Nigeria, but says they've never and only communicate via chats

"I've sent Kelly about $103,000 in the last 29 months. I've not met Kelly, but it doesn't matter. I love her just the same. 'She has an inheritance coming, and I've always wanted to be a millionaire, so it's like a match made in heaven. I just love her. She is beautiful and warm, kind, caring and loving."' he said on the show as shocked audience listened. 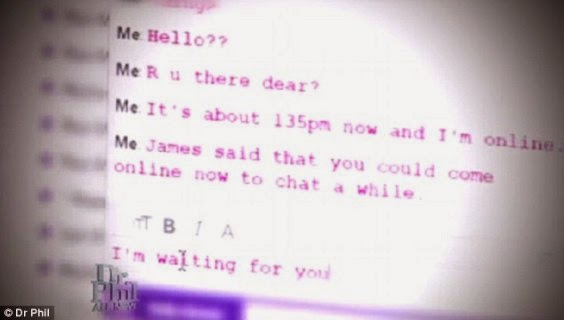 Steve says he has not met 'Kelly' as she needs to stay in Nigeria to help with signing the inheritance forms.

He said that when 'Kelly' came back to the US he tried to meet her, but it didn't work out.

But when Dr Phil's team analysed an email she sent Steve claiming she was in South Dakota, the IP address revealed it was sent from Nigeria.

'Kelly' told Steve she went to a nursing school in North Dakota, but when the show contacted the school they said no-one with her name had ever been enrolled. 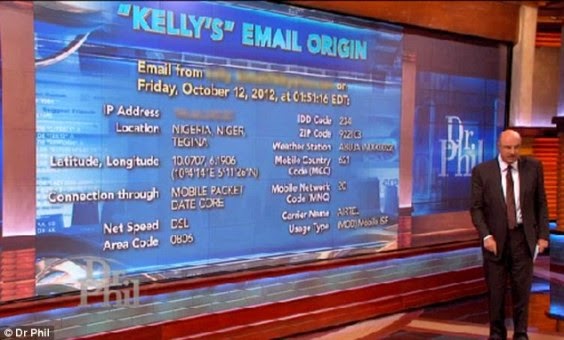 But 'Kelly' is not only person Steve is sending money to -  he says he is an accountant, and insists he is on the verge of becoming a multi-millionaire from several pending inheritance deals with overseas clients.

He says he is sending them money to cover their legal fees as they fight to obtain their inheritances. 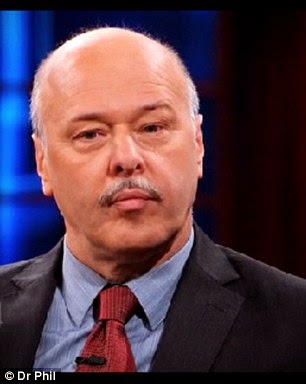 But he is now on probation for cashing a fraudulent check that was sent to him from Africa - he was asked to cash it to help a 'client whose life was in danger' and then asked to send $5,000 to five people listed.
However the bank picked up on it and he was arrested.

Steve's sister, Tammy, says she is worried as he has been scammed in the past.
She is asking him to cut ties with 'Kelly' - and his other so-called clients.
'My brother is delusional,' Tammy says.
''Kelly' could be a Nigerian man behind a computer.'