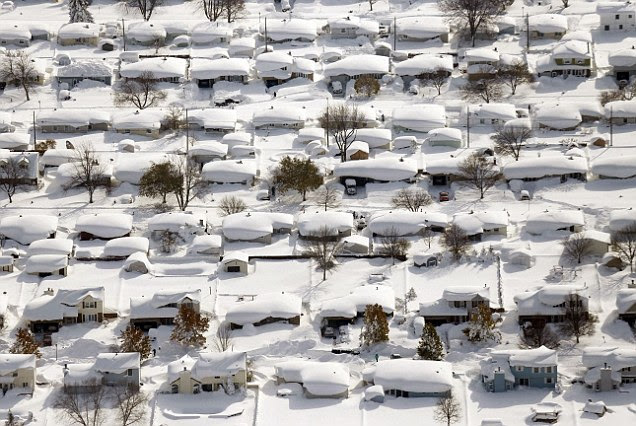 The early winter storms and bitter temperatures have already been blamed for seven deaths across three states - including a man in Buffalo, New York, who was found dead in his car, covered in several feet of snow after he crashed into a ditch.
Even the residents of western New York, who are used to bitter winters and snowfall measured by the foot, were caught off guard by the mid-November deluge of snow. It piled up so quickly - more than three inches an hour in some cases - that it caved in roofs and even smashed in doors. Some towns outside Buffalo measured 60 inches of snow on Wednesday and residents are bracing for another 18 inches later today. There is currently six feet of snow on the ground in much of western New York.