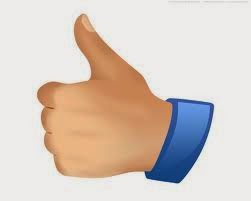 The Federal Government has said testing for HIV/AIDS is mandatory for intending couples in Nigeria. The plan, according to government, is to help reduce new infection of HIV virus in the country.

It added that the decision was binding on followers of all religions. Our correspondent gathered this from stakeholders who met to ratify the plan in Abuja yesterday. The team, comprising National Prevention Plan Validation, emphasised the decision was taken to prevent new infections and curb further spread of the disease.
Speaking with reporters at the meeting, Director, Bauchi State Agency for the Control of HIV/AIDS, TB, Leprosy and Malaria (BACATMA), Yakubu Abubakar, said there had been an improvement in the new HIV Prevention Plan in Nigeria.

According to him, the current plan has input of communities and stakeholders across states of the federation and from the Federal Government.
“From the experiences of the past plan, we realised that there were variations from state to state in terms of prevalence rate, in terms of mode of transmission at state levels, in terms of culture, and in terms of approach to HIV prevention,” he said.

For the plan to be successful, Abubakar urged Christian leaders to ensure no wedding ceremony was conducted by them without an evidence of HIV/AIDS test by the intending couples.
Islamic clerics, he stated, were already being sensitised over the need to comply with the plan. He said: “In Bauchi State, we realised that in most of the marriages, there is no confirmation of HIV status. Some people marry more than once and when they are taking second wife, even if they are negative, but meet a positive family, or the second or third or fourth wife is coming with HIV to meet people that were already negative and are going to become infected.”

According to him, in polygamy, in the present plan, incoming wife is expected to take the test along with the husband and other wives already in the house. Responding to what happens when either of the parties tests positive, Ibrahim said: “At the programme level, we don’t decide what to do but the family concerned will sit down and resolve the issue themselves.”culled