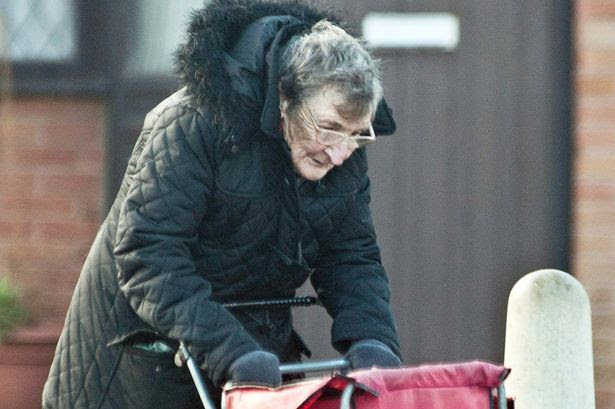 A great-grandmother went on a four-year shoplifting spree because she was “bored” of being old.


June Humphreys, 76, used her free bus pass to travel into town and swipe goods, hid them in her shopping cart then sneaked out of stores without paying.
The OAP would strike across two counties despite having treatment for breast cancer and osteoarthritis at the time.
Mother of seven Humphreys, from Crewe, Cheshire, had convictions for shoplifting in 2011, 2012, 2013 and January this year. In the latest bout of thefts, she pleaded guilty to stealing confectionery worth £2 from Iceland, £69 of baby clothes from BHS, baby clothes from B&M, and a breast pump from Boots.
Probation officer Darren Vernon told North Staffordshire magistrates: “She has the record of a heroin addict in his late teens. She has travelled around on public transport and committed offences.
“She knows it is wrong, she says she is bored. She lives alone. She has seven children but the only one she has contact with lives above her. ”
Humphreys was given one month in jail suspended for a year but warned she would go to prison if she offends again.

SOURCE-IRISH MIRROR
Posted by GISTS at 21:15