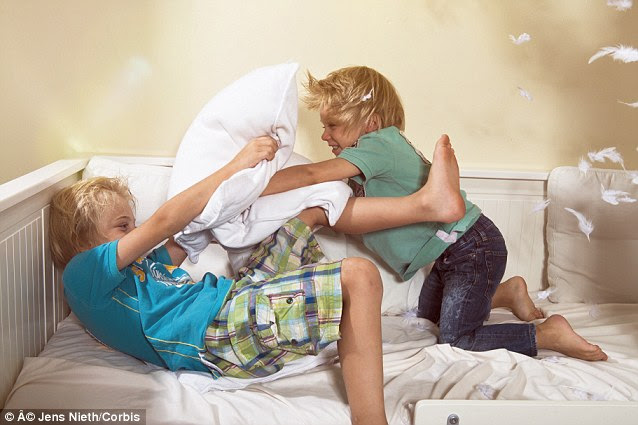 A child that lashes out, hits others and has regular tantrums is every parent’s nightmare.


But as well as the usual factors such as discipline, tiredness and normal childhood frustrations, a new study suggests that parents of aggressive children take a look at the neighbourhood they live in.
The research, published in the journal Societies, shows that a child is more likely to exhibit aggressive behaviour if they live in a dangerous area.
The study investigated 1,293 families from nine countries: China, Colombia, Italy, Jordan, Kenya, the Philippines, Sweden, Thailand and the United States.


In one of the first studies to look at the link between neighbourhood and children’s behaviour across multiple countries, the researchers from Duke University rated a neighbourhood’s dangerousness by asking participants a series of questions about their area.
They then rated a child’s behaviour through interviews with the parents and child and using a behaviour checklist that included threatening others, screaming and shouting.
In neighbourhoods that parents described as highly dangerous, children exhibited higher levels of aggressive behaviour. This link held true across all nine countries studied, based on parents’ responses, said lead author Ann T. Skinner, a researcher with Duke's Centre for Child and Family Policy.
‘This is an incredibly diverse set of countries from around the world, representing countries from the developing and the developed world and including individualistic and collectivist societies," Skinner said.
‘In all the countries we studied, we see that living in a dangerous neighbourhood may affect kids negatively.’
The study further suggests that perilous neighbourhoods may affect children indirectly, through their parents.
In all nine countries, when children reported living in more dangerous neighbourhoods, harsh parenting practices were more common, as was child aggression.
However, adults' and children's perceptions differed on that point. More research is needed to determine whether or not dangerous neighbourhoods promote harsh parenting practices, Skinner said.

Source-Dailym
Posted by GISTS at 13:08