A six-year-old girl robbed a jewellery shop in Saudi Arabia while her mother and an accomplice distracted the sales assistant.

Shocking CCTV footage shows the little girl, who entered the store wearing a colourful backpack, sneamking under the counter and into the section where the jewellery is stored.
After a few moments, she reappears carrying what looks to be a bundle of money which reportedly contained more than 500,000 Saudi Ryal (£90,000).
Scroll down for video 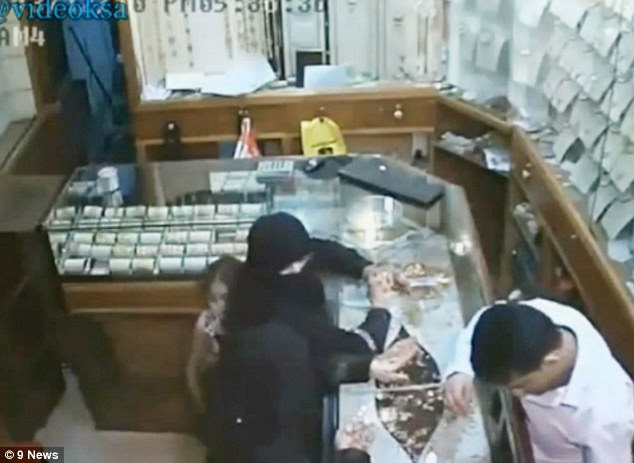 Sneaking: The six-year-old hides behind a veiled women in the shop 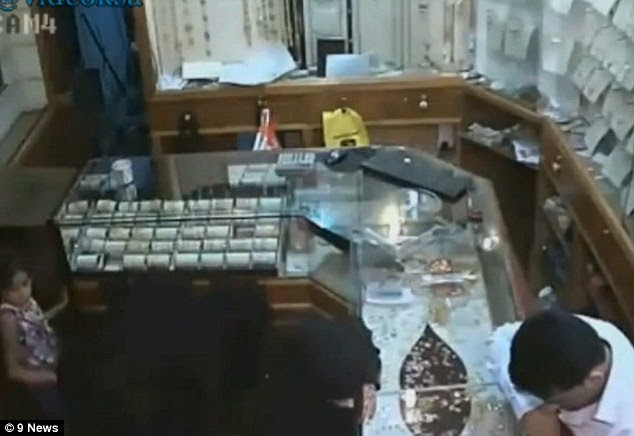 Accomplice: The little girl then walks behind the counter while the women distract the sales assistant 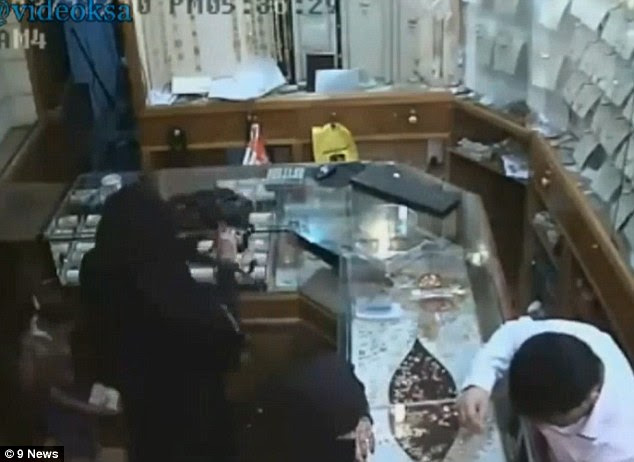 Theft: The youngster returns with a bundle of money which the women puts in her purse
While the youngster sneaks around the store, the women continue talking to the sales assistant, who is showing them different items of jewellery.
The girl sidles up to her mother and appears to shove the the notes into her mother's handbag.
Moments later, the three suspects leave the store without suspicion, and the shop worker is unaware his store has been robbed.
CCTV: Shocking moment six-year-old girl robs jewellery store SOURCE-DAILYM
Posted by GISTS at 00:29