AVB leaves with his pockets full, but his reputation empty 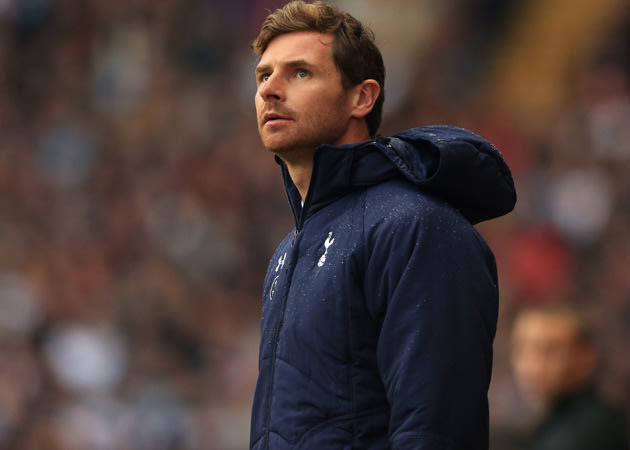 That old saying about how do you make a small fortune in football really ought to be updated. Start with a large one and buy a football club is no longer the best way. As has been demonstrated this week in north London there is a much more efficient method of growing rich out of the game. Just get yourself fired.


The great thing about modern football is that it has opened up opportunities for those without any particular aptitude for actually playing the game to do very well out of it. Recent precedent suggests here’s all you have to do: pass a few coaching qualifications, talk your way into a backroom job with an up-and-coming managerial superstar, branch out on your own, get a couple of high profile positions, make a complete Horlicks of them, then walk away without sufficient pay-off that – at the age of no more than 36 - you need never work again.
It is unlikely that anyone will feel the need to organise a whip round for Andre Villas-Boas. Nobody will be rattling the buckets outside White Hart Lane for a coin collection in his honour. The bloke is heading out of Tottenham with a pay-off almost as substantial as the one he received when he was kicked out of Chelsea.
English football has been more than generous to the young Portuguese. Right now he could probably return to Lisbon and buy up most of the Algarve. Financially at least he is secure. As far as his reputation goes, however, things are not looking so rosy. The man who liked to present himself as not having a sufficiently sizeable skull to contain all his brain power, Villas-Boas leaves Spurs with his standing in England shattered probably beyond repair.
Sure, as Mark Hughes has proved time and again, there is always a way back. But Villas-Boas’s public failures have been of such magnitude it is hard to imagine any chairman of a Premier League club again being wooed by talk of “projects” or “being in a wonderful individual moment”. As shooting stars go, you suspect his time in this country will have been fleeting indeed. And in that, if nothing else, you have to feel sorry for the bloke.
Sure, he has been amply compensated. But he has suffered from finding himself somehow placed in charge of the two most difficult clubs in which to be a manager in England. Roman Abramovich’s nine managerial appointments and Daniel Levy’s seven in less than a decade suggest these are not easy men to work for.
Worse, an twitchy trigger finger at the top means that their clubs are riven with internal politics as staff expend huge amounts of energy attempting to shore up their own positions. And that invariably means undermining those of others. Watching your back even as you apply the knife in others is the first requirement of survival at both institutions.
Maybe AVB is just not very good at playing politics. Maybe that lost look he has worn latterly in the Tottenham technical area is reflective of his approach to internal back-stabbing, not waving but drowning. In which case, he really has found himself somehow in the wrong couple of jobs.
Even so, we can sympathise with the unseemly haste with which he has been fired by both clubs. Sure, at Tottenham this season he has presided over a couple of traumatic results. Sure, his team have not played with the fluency an outfit bolstered by £100 million worth of new talent really ought to have done. But if he was originally reckoned a substantial enough intellect to restructure the club, how come he is not trusted to see the job through?
Because at Tottenham, like Chelsea, time is not something on the agenda of the bosses. At least, not for their employees. Daniel Levy – the man who made the appointment of AVB – appears entirely unchallenged by the apparent evidence that he got it so spectacularly wrong. As the manager goes, the chairman stays: that has always been the way of football.
What really makes you feel sorry for Villas-Boas is the way that institutionalised impatience has been subsequently justified by the leaks against him once he has been dispatched.
After he left Chelsea, the off-the-record briefings came thick and fast: he had lost the dressing room, he was arrogant, his attitude to the senior players stank. And so it has been at Tottenham too: he didn’t know what he was doing, he ostracised players, he couldn’t make up his mind. The chatter that has chased him out of the Lane has been damning. It makes you wonder, if that was the case, how come he was ever employed in the first place?
What we can be certain is that such post-rationalisation will have utterly scuppered his chances of another leading job. You can imagine the interview if he went for the manager’s job at West Ham, for instance, once Sam Allardyce is jettisoned.
“So Mr Villas-Boas, apart from the total lack of man-management, the hapless transfer market judgment and the inability to get the best out of those players given to you by generous boards, what exactly is it you can offer us?”
The tidal wave of vitriol that has followed him down Seven Sisters Road suggest AVB is not a man who has many allies. And in places like Spurs or Chelsea you need all the support you can get. Though frankly, given the eagerness of those in charge to fire up the ejector seat, even that will not prove to be enough for whoever comes next.

SOURCE-YAHOOSPORT
Posted by GISTS at 05:21