Eircom and Vodafone convicted and fined for ripping off customers 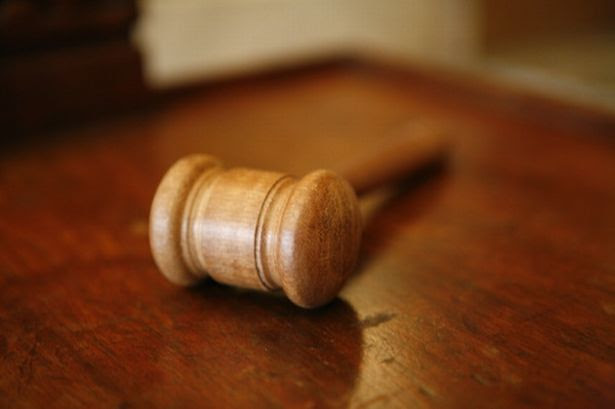 Eircom and Vodafone have been convicted and fined for ripping off customers who continuously received overcharged bills.
Following an investigation by industry watchdog Comreg, the telecom giants, along with Three Ireland, pleaded guilty at Dublin District Court today to charges under Section 45 of the Communications Act.
Vodafone was fined €10,000 and Eircom received fines totalling €21,000 after they each pleaded guilty to seven charges.


Three, which pleaded guilty to three charges, will be spared a conviction and will get the Probation Act if they donate €15,000 to charity by September 28 next.
Judge John O’Neill singled out Eircom for criticism branding their code of practice a joke and he said that when customers complained they were “pushed from Billy to Jack and they were ignored”.
He said customers would have been upset, petrified and “worried sick” when they received letters from debt collectors chasing them for money on behalf of Eircom. In one case, they used debt collectors to pursue an elderly man living in a nursing home after he had already cancelled his account, the court was told.
Vodafone overcharged another man who had suffered a serious injury in a fall and had cancelled his account, the court heard.
The customers were only refunded after Comreg got involved, the judge was told. Prosecution counsel Christian Keeling said the aggravating factors were the phone companies’ failures to deal with customer complaints a timely and courteous manner.
Comreg compliance analyst Miriam Kilraine told the court there were seven customer complaints in relation to Eircom. One reported that they asked to cancel their account in January 2014 but they continued to be billed in the following months and a debt collection company pursued them.
In another instance, an elderly man living in a nursing home had also cancelled his account in 2013 but continued to get bills and a debt collection company engaged by Eircom.
Eircom had also failed to deliver a service to another consumer who had money debited from their account. Another Eircom customer was over-charged for broadband after his debit details were got mixed up.
Judge O’Neill was told that another customer signed up for a €35 a month package but was instead billed at €50 a month for several months. The court was also told another customer signed up for an Eircom loyalty bundle but never received the €25 a month deal.
Ms Kilraine said that in November 2014, a man emailed Vodafone to cancel the account of his son who had suffered a serious injury in a fall. Despite numerous calls to the company he still ended up paying for two extra months.
The court heard the company failed to cancel broadband accounts of two customers and one of them was pursed by a debt collection company. One of their customers upgraded to “e-fibre” high-speed broadband but it never worked and another was put on the incorrect plan.
Judge O’Neill was told that a Vodafone customer opted for an unlimited calls and texts plan but it was never applied to her account. Another Vodafone user ended up overpaying by €705 after she was erroneously double billed.
The Comreg analyst told the court that Three Ireland which took over O2 accounts last year kept billing and getting paid by two customers who had cancelled accounts.
Another customer got a phone upgrade and was offered a package by shop with a Three franchise.
She accepted a deal where she would get 300 minutes of free calls to the UK if she paid an extra €2.99 on top of her €55 a month package.
However, she ended up getting billed for €300. She repeatedly went back to the shop and got no explanation and the sales assistant hid from her, the court was told.
The court heard the phone company’s customer service team had worked out of Mumbai in India but they have set up a new call centre in Limerick to deal with complaints.
Lawyers for all the companies said the cases related to human and system error and the court was to note that they have all set up new remediation plans to ensure these problems won’t happen again.
Counsel for Vodafone and Eircom also asked the court to note they had 2.3 million and two million customers respectively.
The court was also told they have agreed to contribute to prosecution costs.

Culled from Irish Mirror
Posted by GISTS at 22:11