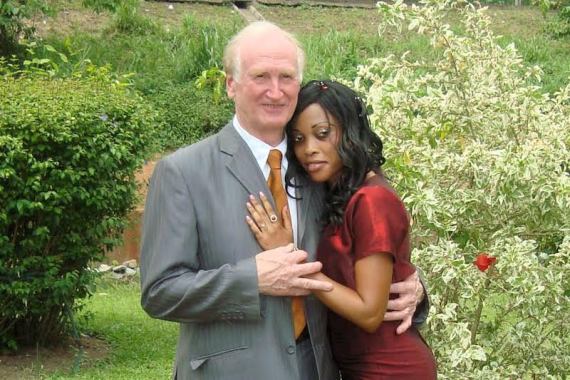 Paul Catchpole, 66, divorced his wife and mother of his two grown up children to marry Angele, a woman 36 years his junior. The couple met and fell in love when Paul temporarily moved to Cameroon to work in Douala,Cameroon.

“I didn’t go looking for love, it just happened. I couldn’t believe it when Angele showed me she was interested in me" he said.

But it hasn't been all sunshine and roses for the couple who have been married since 2011 and are blessed with two children.


So far, the besotted husband has invested over 151,000 Pounds, including his life savings, loans and inheritance in the marriage and two visa applications in order to get his wife and children to the UK.

So far all attempts have been in vain after British authorities refused his new wife permanent residency in the UK because she can’t speak fluent English.

"There have been bombings in Cameroon recently and I worry if I don’t get them over here soon, their lives will be at risk. I don’t care how much it costs I won’t stop until Angele and the kids are here with me." says the frustrated husband. "It is heartbreaking but I believe one day I 'll have them all here with me" he concluded. 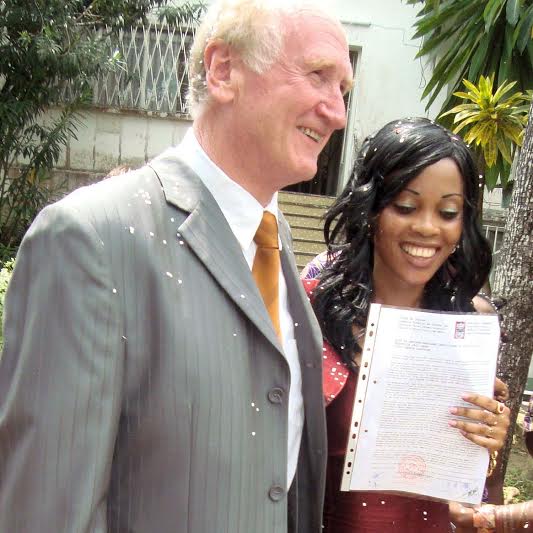