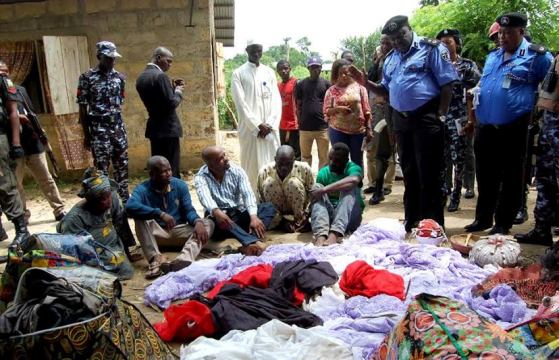 A fetish 419 syndicate that specializes in deceiving ailing members of the public with false claims of having spiritual powers to heal them of their diseases and then steal from them, have been arrested and paraded by the Oyo state police command at the state police headquarters in Ibadan. The men who stole as much as N30million from their victims were paraded on Friday June 12th.


According to Vanguard, members of the syndicate were arrested at their shrine in Baale-Ayo, Asejire and Balogun village off Eleyele/Ido road in Ibadan. 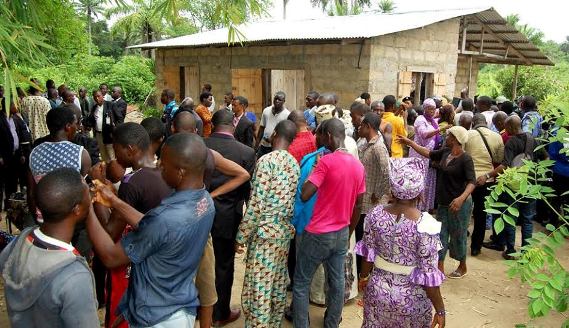 The leader of the syndicate, Azeez Olayode while confessing to the crime said

"I was a Fuji musician and my stage name is Santana, I was duped and those who duped me told me to become a fraudster in a bid to retrieve my money and that was how I started. I started 6 years ago, I don’t know those people we dupe personally, I am usually linked up when their is any job, they call on me. They call me when they have customers so that we can work together. I help them in blending leaves for concoction. When someone who has problem comes to the Babalawo for diabetes, stroke or other ailments, the man whom we work together has juju, he will cure the diabetes or any other ailment they bring, when the problem is cured, we ask the person to pay a certain amount. The Babalawo is not genuine, he is a fake Babalawo. I can say I have duped like 10 people, the first person paid 30 million naira to cure diabetes, he paid in batches like 5,7,8 million. Their was one that had injury in the leg which was not healing up and he paid 15 million naira”he said

The fake herbalist in the group, Ayankunle Ayanlowo while confessing said

“I know how to make concoction, I get connected through Azeez Olayode to the clients and they pay me 500,000 naira per operation, I don’t have a car but I have a house”.

For the photographer, Mr Samsondeen, he said

"I met Mr Olayode at Options, a club very close to officers mess, I am a photographer, I take photographs at options and that was how I got his contact. When his child was doing Islamic graduation I did three albums for him so I see him as a customer. When the Police came to my house that night, they asked if I was the photographer they called on phone and I was told to follow them. I move around, I don’t have a shop, I am even supposed to be in Ilorin presently” he said.

Speaking with journalists after parading the suspects, the state Commissioner of Police Mohammad Musa Katsina said

“This place is a place where many victims have visited and all of them came here but left this environment in bruises. The gentleman (Azeez Olayode) who spoke with you is the leader of this hypnotising syndicate that whenever you are brought here, they do everything to diminish your sense or any sense in you and as result they subdue you to the point of parting with anything that is valuable. He met an octogenarian who is in Ibadan and dispossessed him of the sum of 30 million naira. Somebody living in the United States of America who came to this place was also unfortunate enough to have fallen into their trap, he did not leave their trap until they defrauded him the sum of 20 million naira, they have duped many people here and today we are here and as I did tell you I have the capacity and well withal to deal with them to chase them wherever they are” he said. 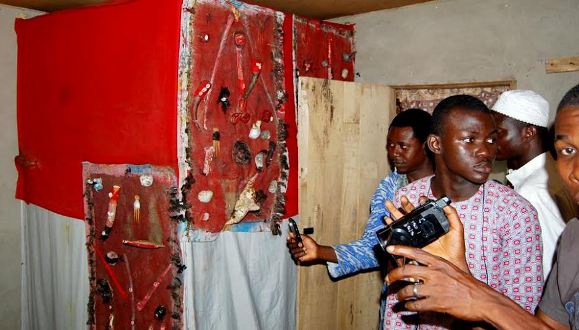 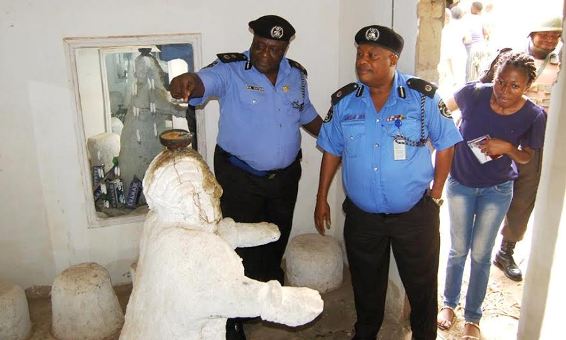 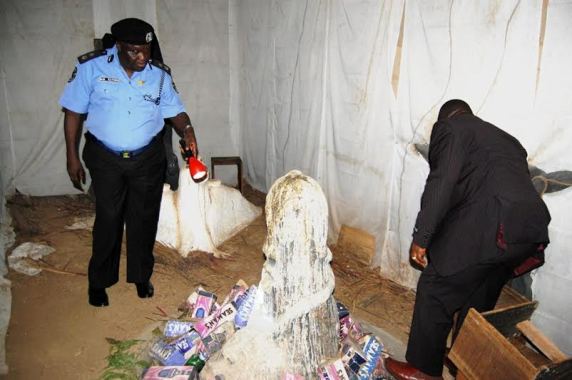 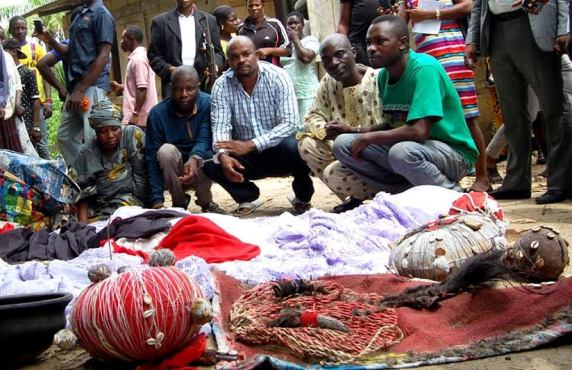 Source: Vanguard
Posted by GISTS at 01:24