Lions & other animals escape from Zoo in Georgia after serious flood ..now roaming the streets 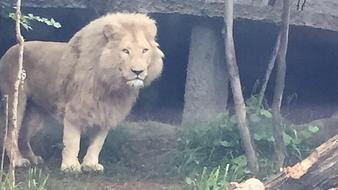 Wild animals including lions, tigers, bears, jaguars, wolves and other animals escaped from their zoo this morning after serious flood and are currently roaming the streets of Tbilisi, the capital of Georgia (a country at the intersection of Europe and Asia). According to officials in the city capital, the flooding has killed at least 8 people and several animals in the zoo died. The ones that didn't die in the flood, which happened after a river burst its banks in central Tbilisi after hours of torrential rain, are now roaming the streets. Dozens of families are now without shelter after their homes were flooded and cars swept away. Thousands of people are currently left without water and electricity.

Some of the animals that escaped from their enclosure have been captured by security forces while the more dangerous one have been shot dead.

Security forces have killed six escaped wolves in the garden of Children's Hospital. At least 1 lion was killed earlier. 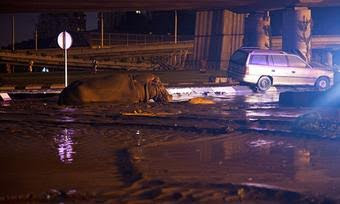 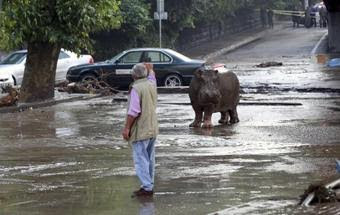 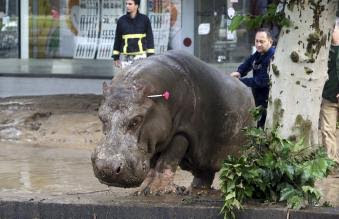 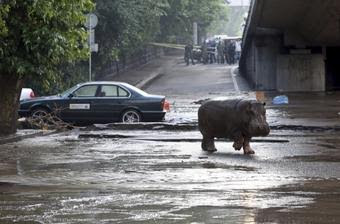 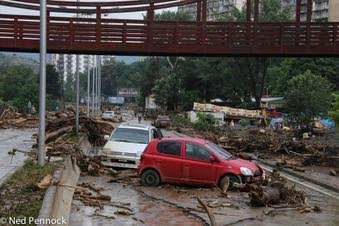 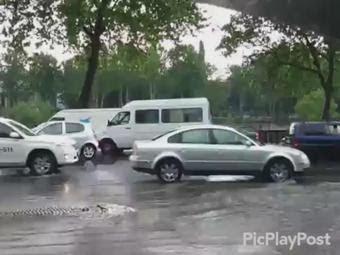 Can you see the crocodile? Utterly devastating flood. OMG! 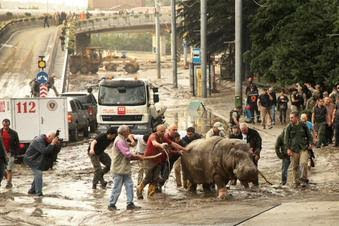 Incredible photo of a Hippo being led out 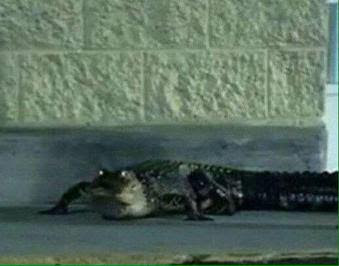 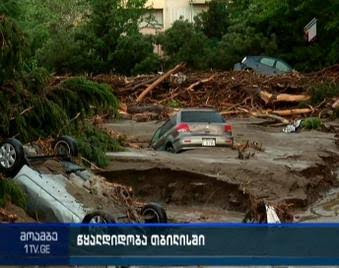 A photo of the flooded zoo and that of another crocodile roaming the street. 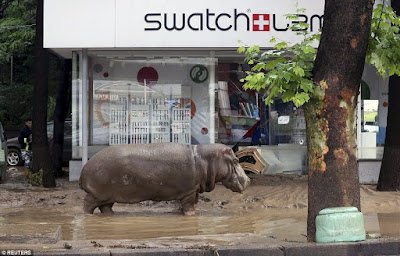 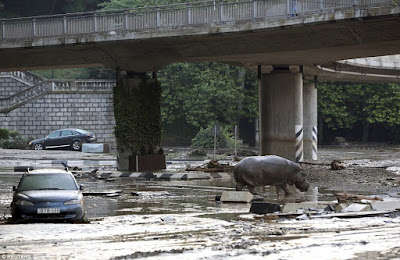 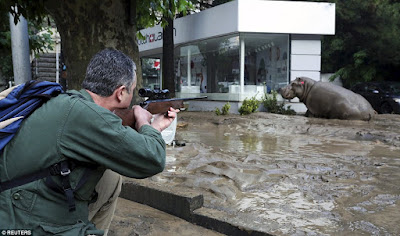 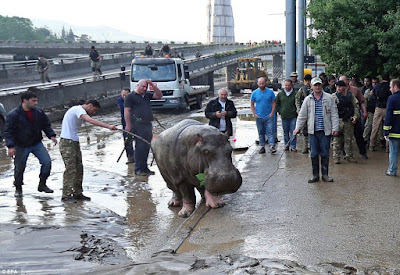 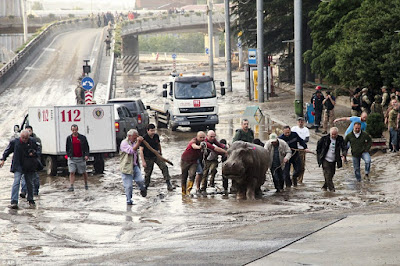 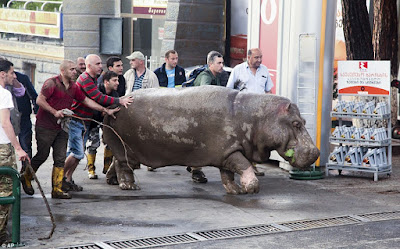 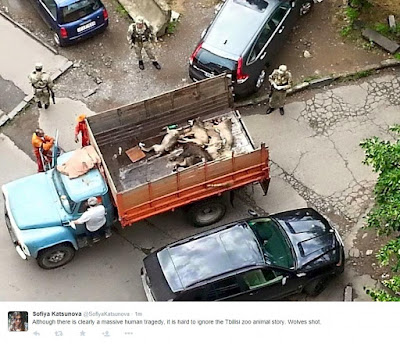 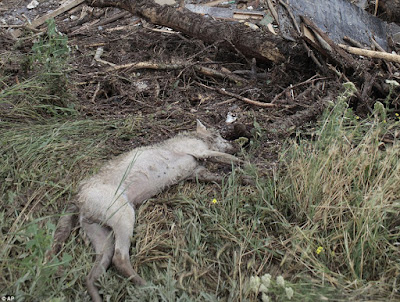