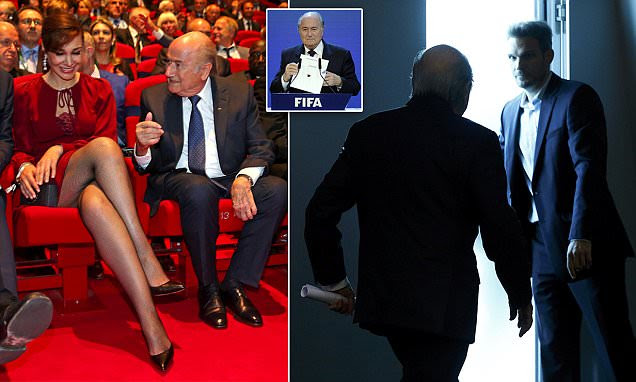 Sepp Blatter is now at the heart of the FBI's investigation into alleged FIFA corruption, it has been reported, just hours after Blatter announced he will step down as president after 17 years in the job.
Greg Dyke, the chairman of the FA, hailed Blatter's resignation as a 'great day for football', and also speculated that a 'smoking gun' had been found linking him to alleged bribes totalling hundreds of millions of pounds. Mr Dyke said: 'I don't believe this was an ethical decision by Mr Blatter. I suspect it is much more to do with the investigations that are going on. Clearly something has terrified him.'
Posted by GISTS at 02:18