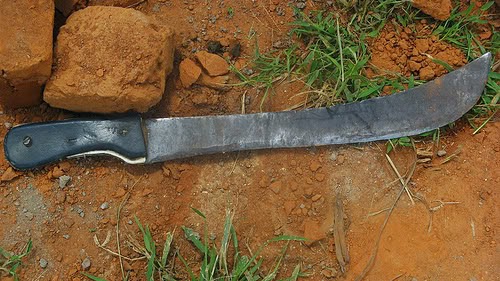 An Abeokuta Chief Magistrates’ Court on Tuesday remanded a 24-year-old man, Adedeji Adeniyi, in prison over alleged murder of his friend, Akeem Agbadaowo, 25.

The Chief Magistrate, Anthony Araba, ordered that the accused be kept behind bars pending advice from the State Director of Public Prosecutions (DPP).

The accused, whose address is unknown, is facing a charge of murder.

The prosecutor, Insp. Sunday Eigbejiale told the court that the accused committed the offence on May 3 at about 9.50 p.m. at Mokola area of Ogun capital.

He said the accused unlawfully killed his friend, Akeem Agbadaowo, by attacking him with a machete and a broken bottle during a dispute.

Eigbejiale said the offence contravened Sections 316 and 324 of the Criminal Law of Ogun, 2006.

The chief magistrate adjourned the case till Jan. 9, 2015.