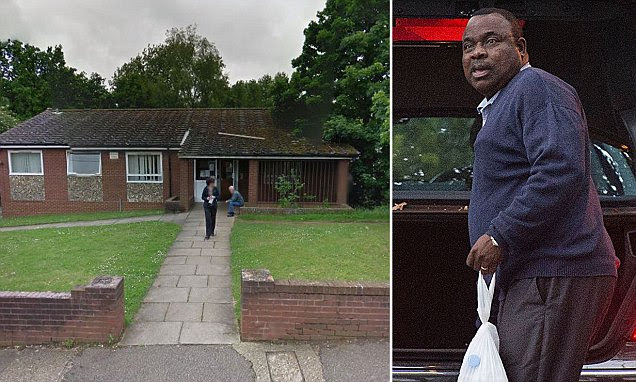 Dr Christopher Uwagboe (right) refused to help frail Iris Henderson after her fall outside the Knebworth and Marymead Medical Practice (left), Stevenage.
Mrs Henderson, 88, was found lying on the ground with blood pouring from her head after she tripped. But when passing good Samaritan Jane Batchelor rushed into the nearby GPs' surgery to get help, she says she was told that Dr Uwagboe could not help because 'he wasn't trained on first aid'. An ambulance eventually arrived and took the pensioner to the Lister Hospital where she is still being treated, a week after the fall at around 4.30pm last Thursday.