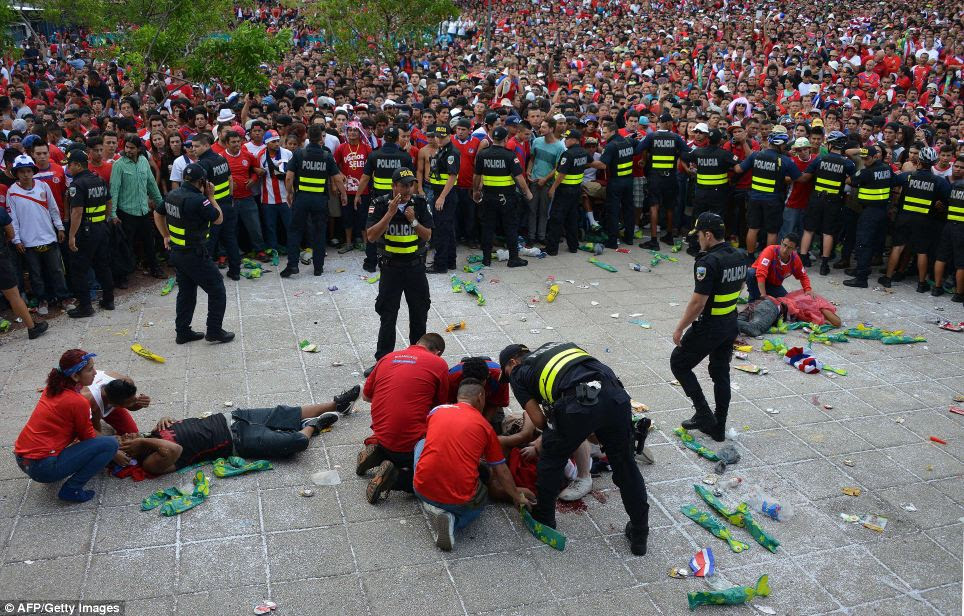 A sea of football fans watch on from behind a police cordon as medics rush to the aid of three stab victims lying in pools of their own blood.


The dramatic scene unfolded as thousands of Costa Rican supporters gathered in the nation's capital San Jose to see their team play Holland in the World Cup quarter finals.
One man was left with a knife embedded in his back and covered in blood after a stabbing spree at Democracy Square, where huge crowds were watching the match on a giant television screen.
What should have been a carnival atmosphere turned in to a desperate crime scene as police hastily assembled a human barrier following the gruesome attack.
On the pitch, the Central American nation's brave showing in the World Cup came to an end following a heartbreaking penalty shootout defeat to Holland.
Costa Rica missed two penalties after the Dutch brought on substitute goalkeeper Tim Krul in the last few seconds of extra time.