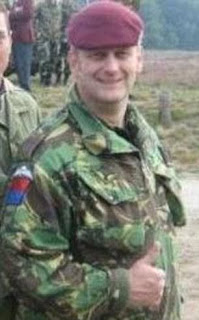 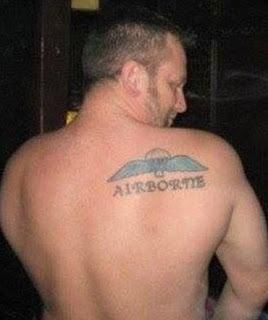 49-year-old Beau Plantard pretended he was a veteran paratrooper who had once been asked to assist with the rescue of Nigerian Chibok girls kidnapped by Boko Haram in a bid to sleep with women.

Plantard who also goes by the name John Pugh, claimed he was a Special Air Service (Sas) hero and worked as Princess Diana’s bodyguard. 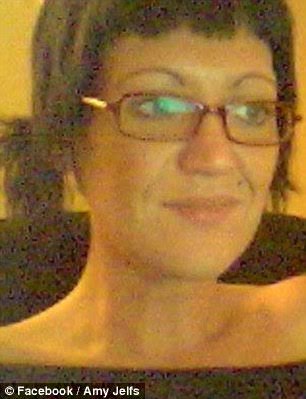 According to MailOnline, Plantard would play friend's videos which apparently showed him jumping out of planes and even had a tattoo of Parachute Regiment-style wings emblazoned across his shoulder blade, with the word 'airborne' inked above.

One of his ex-girlfriends has also claimed he is a serial love rat, who began dating her while he was still in a relationship with his partner of 17 years.


Second World War historian Amy Jelfs, 36, who dated Plantard for around five months, said she broke up with the ex-serviceman after rumbling his charade, branding him as 'disrespectful' and 'manipulative'.

“He just told a pack of lies from day one. He has his whole village thinking he is some sort of war hero. I wasn't even impressed or particularly bothered that he was in the SAS, but he would just go on about it constantly: every day he had a new story to tell. He'd apparently been all over the world on secret missions. He's an awful man and, more than anything, it is so disrespectful to serving troops. That is why he needs to be exposed.” 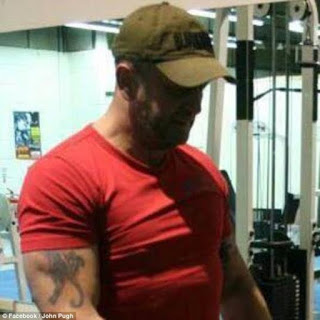 Ms Jelfs met Plantard while they were both members at the Utopia gym in Evesham, Worcestershire. Because her ex-boyfriend had served with the Army for more than 20 years, she did not find Plantard's elaborate stories particularly impressive. But she says he persisted in regaling her with exotic tales about his alleged time in the SAS. He even reportedly told the mother of one of her friend's that he had been a security guard for Princess Diana.

"He was charming and manipulative,' Ms Jelfs said."When he told me he was away in Nigeria, he was actually on holiday with his partner. He once declared to the whole gym that he was going for surgery to have a piece of shrapnel removed from his bottom, which wasn't the case at all."

When Ms Jelfs started to get suspicious, she began asking some of her friends in the Army whether they had heard of Plantard. They all claimed that they had - but that he had not been in the SAS. She said:

"I had my suspicions and then he would just come out with more and more weird stuff. I started digging around myself and realized he wasn't telling the truth. As for his tattoo, it's hideous and wonky. That also made me suspicious."

Ms Jelfs was eventually contacted by Plantard's long-term partner, who found out he had been dating another woman. She then confronted him at his home and the pair broke up. But days later, Plantard started seeing Sam Joubert, a 40-year-old dental nurse and part-time Zumba instructor, to whom he fed the same imaginative stories. When Ms Jelfs warned Ms Joubert about Plantard's ways, he reported her to police for harassment. Ms Jelfs said:

"I just wanted to warn Sam that he was dangerous. She has got a little girl. He lied to me from the beginning. He never mentioned he was in a relationship. He said he had been in the Paras and always used to make out as though he had a traumatic time."

Meanwhile, Ms Jelfs contacted the Walter Mitty Hunters Club, a group which exposes bogus servicemen and women. But Plantard was already on the group's radar after he performed at a re-enactment group of the Pathfinder Airborne Troopers, claiming he was in the SAS.