Pensioner, 82, is jailed for repeatedly stabbing her husband of 36 years 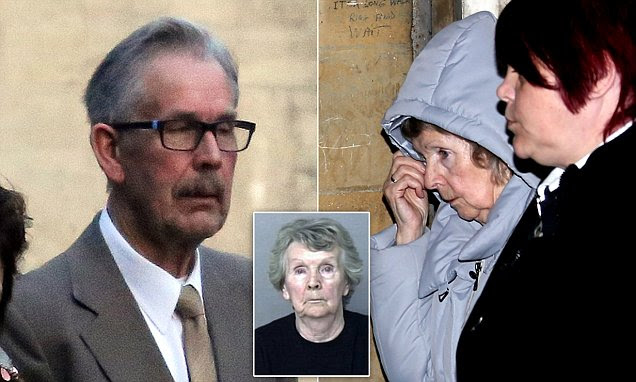 Elizabeth Stokes, 82 (pictured outside court right), of Cheltenham, Gloucestershire, 'ambushed' her husband John, 69 (left), in the middle of the night, stabbing him 13 times and puncturing both of his lungs, after believing he was having an affair.
After a four day trial at Gloucester Crown Court, a jury today convicted Stokes (inset) of wounding her husband with intent to cause him grievous bodily harm. However, she was cleared of a charge of attempted murder. Judge Jamie Tabor QC jailed her for four-and-a-half years after describing the attack as a 'deliberate and planned ambushing'.