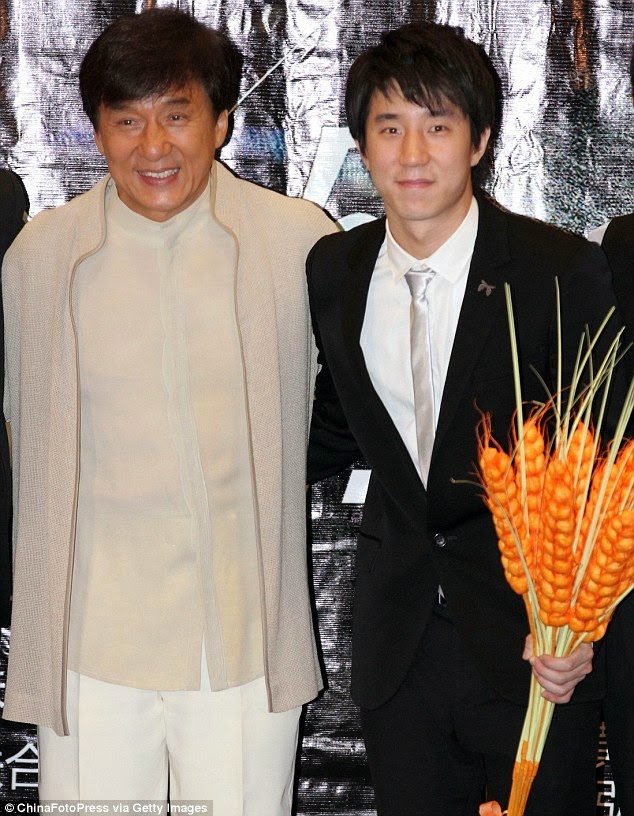 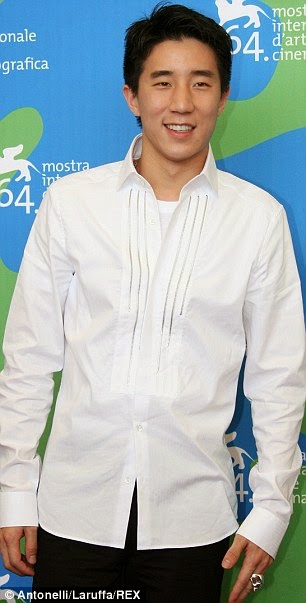 Legendary actor Jackie Chan has expressed his shock and heartbreak over the recent arrest of his 31 year old son, Jaycee Chan, who was picked up & detained last Thursday after 100 grams of marijuana was discovered at his home. Police said Jaycee and another man found in his home, Taiwanese movie star Kai Ko, 23, tested positive for marijuana and admitted using the drug.

Jackie, who was made an anti-drug ambassador in China in 2009, took to his website today to express his sadness over his son's behaviour and apologized to the public

"Regarding this issue with my son Jaycee, I feel very angry and very shocked. As a public figure, I'm very ashamed. As a father, I'm heartbroken. Jaycee and I together express our deep apology to society and the public' Chan wrote.

"I hope all young people will learn a lesson from Jaycee and stay far from the harm of drugs. I say to Jaycee that you have to accept the consequences when you do something wrong. As your father, I'm going to face the road together with you.'

Jaycee was also accused of aiding and abetting other drug users. He faces up to three years in jail if found guilty. The Chinese government started a serious crackdown on drug users in June this year and so far over 7,800 drug users have been arrested.