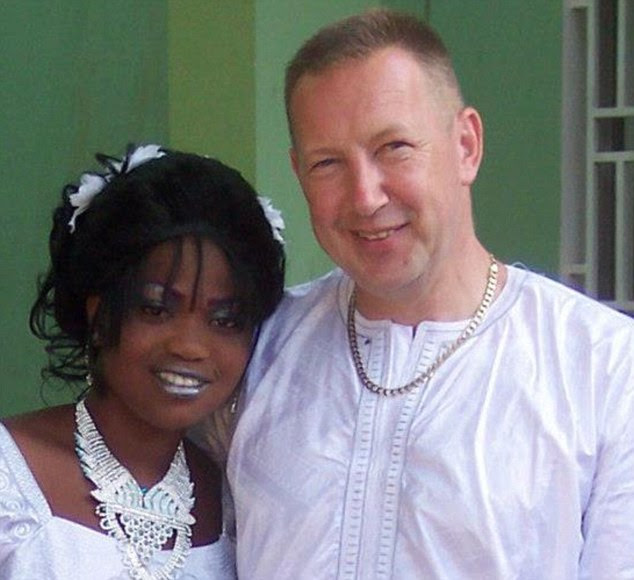 A bigamist was caught by his wife after she saw a photograph of him grinning with his new Gambian teenage bride on Facebook.


Nicolette Smith was further devastated when she noticed Stephen Smith, 52, had married Awa Jobarteh, 19, at the same African register office they tied the knot at seven years earlier.
Ms Smith then called the police, but incredibly her cheating former partner has avoided jail and claimed he was the victim.


The factory worker had been abandoned by his new young bride two days after arriving back in the UK, and she has never been traced.
Nicolette met her husband in 2001, after his first divorce, but has been left in financial ruin after their marriage breakdown.
She was declared bankrupt when Smith failed to pay the mortgage and is still waiting for her husband to sign divorce papers, Teesside Crown Court was told.
The 52-year-old was prosecuted for bigamy after he admitted 'hastily' rushing down the aisle with his third wife because he was in love.