A Swiss education ministry project that involved pupils being given soft toy penises and vaginas has sparked outrage. 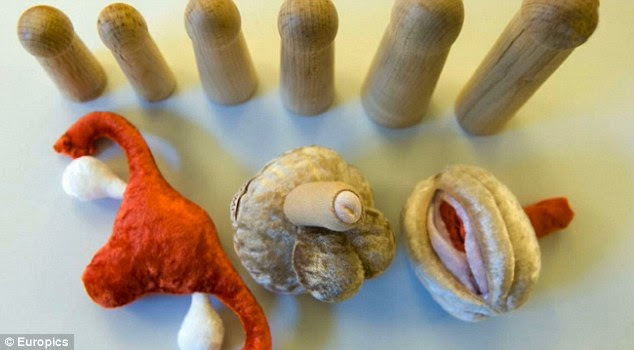 School pupils were given soft toy penises and vaginas by a Swiss education ministry project,  sparking a referendum in the Alpine country.
The initiative was the brainchild of a group of parents in the northern city of Basel that led the demand for schools to drop the 'Sexbox' education kits.
The kits, which were to teach kids from primary school upwards about sex, were eventually banned after widespread protest, but the campaigners now want a country-wide ban on sex education for children under nine.
The vote was ordered after campaigners gathered more than the 100,000 signatures of voters required to put their measure to the public for approval.
The campaign coalition - whose goal is the 'protection against sexualisation in kindergartens and primary schools' - handed in its petition in December and the government is now obliged to set a date for a vote.